We all know the work of Diane Arbus, the New York based photographer of  American oddness, the bizarre in the commonplace, the freak in the neighborhood, the misunderstood, ill defined and typed wrong, the disenfranchised, the down and out, the disillusioned, the outsider in all of us. Powerful stuff and hugely influential to me as a young man starting out.

In 1970 Arbus came to RISD where I was a photo major and a senior. She spoke to a group of us, sitting in a classroom on a raised platform, holding up print after print, talking animatedly about her work, the circumstances around which the photographs were made. The boy with the hand grenade in Central Park,  the Nudist family in the Midwest, the Triplets. This was just about when she was having her big show at MOMA, perhaps before but I can't really remember. What turned out to be a blockbuster of a show and an event in that there were lines around the block of people waiting to get in to see it. Her first monograph came out about this time too, the publishing of which rocked photography like nothing before or since. The work was edgy, visceral, deep and true. Arbus seemed to cut through everything to her subjects, some of whom she befriended and revisited many times.

She talked that day about how she didn't at first realize that shooting carefully and knowledgeably was important, and that print quality was crucial. She was close to Lisette Model in earlier years in NYC and Model had convinced her that you couldn't hope to speak with eloquence about anything if your quality was crap. I took that one to the bank. I still have difficulty looking at good ideas presented poorly, no matter what the discipline. 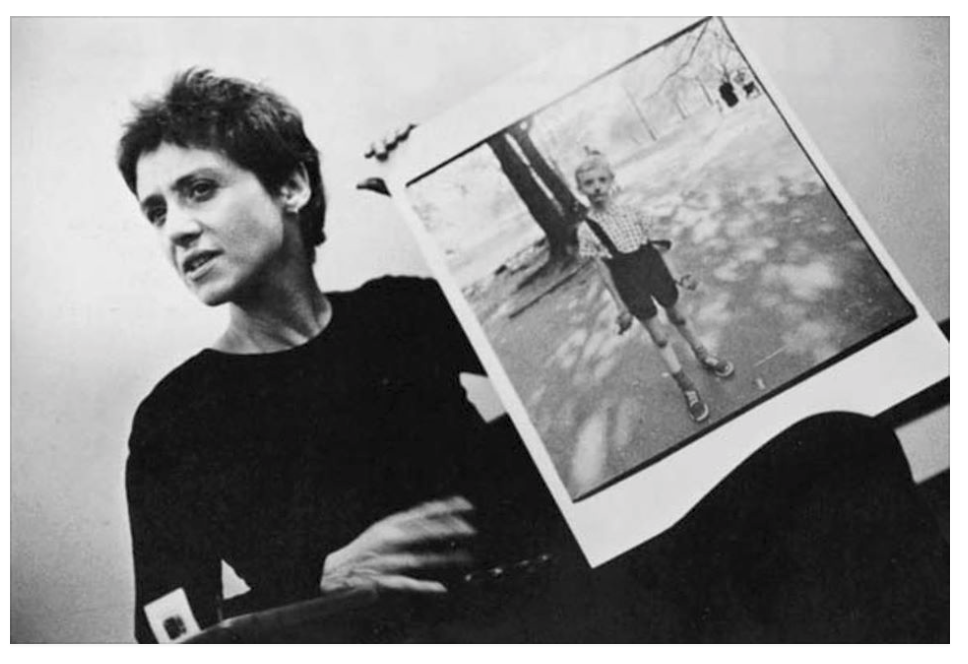 photograph by Stephen Frank taken in the classroom at RISD in 1970.

Her presentation was very animated and hyped up, not through nervousness particularly but I do remember thinking if she was on something, high somehow.

About a year later she was dead, having killed herself. A life snuffed out was way too early. I wonder if what is known now about depression would have helped her. Very sad. 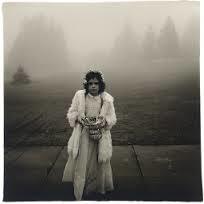 Seeing her that day, now so long ago, was formative and transforming for me. I don't think I'd really "got it" until then, that this thing I was studying called photography could have real power and weight, show us parts of ourselves and the world we lived in that would extend our experience and knowledge first hand, open a door to something or somewhere completely foreign and incredible.

As soon as I started teaching I used Arbus' work to slap students in the face, to wake them up to the same realization that had happened to me, to shock them out of their complacency. And it worked, not always, of course, but often enough to make it worthwhile. I wanted to imbue students with the concept that they could do anything they chose to. 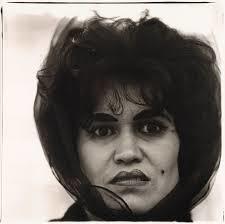 Diane Arbus: one of the very great photographers of the twentieth century.