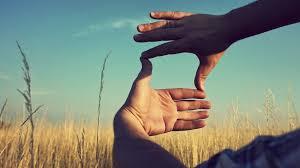 Creative People. Different? Just like anyone else? Gross generalizations are always dangerous and unfair too. But by and large I think creative people do have a few things that make them different.

And no, I am, for once, not writing about myself. I have spent my life teaching many many highly creative people, both young and in college but also adults in various workshops and classes.

Of course, everyone's creative in some way or another. Creativity can evidence itself at work or in a hobby or in a parent being creative in bringing up a child. I always  think of the office worker, slaving away in their cubicle, day after day, coming up with a new way to manage something or direct something to make for better efficiency or less cost or more quality in: whatever. That's creativity too. But being an artist places creativity at the top of the stack and being a professional artist makes being creative practically an all consuming activity. This gets us into thinking about talent, a word I don't have much use for. Talent presumes it all flows out on its own, as in "she was so talented". Talent also implies that there isn't much effort needed, that work isn't necessary. Bullshit.

I tend to think of creativity as being an asset that needs nurturing and hard work too. Writers must write, musicians must play, artists must make their pieces. I also believe ideas beget ideas. As a teacher this was an almost constant refrain: "go shoot", I would say. The student would reply they didn't know what to shoot. I would say it didn't matter. Doing is better than not doing. Acting is better than just thinking. I would say: "Pictures make pictures."

Creative: Inventive? Curious? Innocent? Driven? All of the above and much more. Artists of all kinds need these in their arsenal along with drive, motivation, a big work ethic, determination, little fear of failure, thick skins, wearing blinders (focus), joy in the making, self sufficiency,  single mindedness, passion, love, humor, ability to borrow, steal, assimilate, emulate, plagiarize (learn from others) and the ability to be sensitive to others' reactions to their works, to be able to hang in there in the face of criticism, bad reviews, or lack of public support, to be okay being alone. In my experience most artists are introverts, although this isn't universal. Also, most seem to be observers, standing on the edge of the circle, looking in.

Very often artists will have a rich variety to their upbringing. Quirky parents, being moved around a lot, an important grand parent or relative. Almost always there is someone in their past that "gave them permission" to be themselves, to follow their own path. Late bloomers are also frequent: those that took awhile to find their art, perhaps trying many things first. But then, of course, there are the prodigies, the naturals who just seem to have been artists from day one. I always sought those out in the classes I taught because a prodigy could show the way for others new to making art. Very often someone so comfortable in their role as an artist could demonstrate that there really were no obstacles in the way.

It's hard for artists to have bosses, I believe. Mentors, maybe. Those that they can see have placed creativity as key. But someone telling them how to do something, how to behave, what to do? Difficult. Creative people tend to want to be self directed.

Work. I would often tell students to work. That artists work. Talent's got nothing to do with it. I had no room for laziness in my classes, particular when our classes were often wait listed. For artists really do work. Visit an art school, a dance studio, a rehearsal hall, or a place like Penland in North Carolina and you'll see welders, potters, painters, glass blowers and yes, photographers, working away at all hours.

Selfish. That's a hard one and something creative people need to look at. For, yes, artists can be selfish, in their own heads, not as aware of others' needs around them as they are of their own. Narcissists are really a pain, the need to be in the spotlight.The worst. Big egos can run rampant here. For many the concept of empathy and sympathy will need to be a constant refrain. I spent my whole career being around people that were artists and teachers. One one hand: a life involved in one's self, one's sensitivities and creative output making to create art work shown in galleries and museums. On the other hand a career where the teacher is really the least important. One a "take"vocation and the other a "giving" one. My teaching colleague Andrea Raynor would often say: "Teaching isn't about you, it is about them".  So very true. For me, as someone who tends to be in his own head and thoughts, teaching is a wonderful balance between the "me me me" side and the "all about them " side.

Lastly. What about fulfillment? Is making art a meaningful and fulfilling way to go through your life? Absolutely! But also frustrating, challenging, for most not a path to wealth, a career that can be lonely, and so on.

It can be helpful to think of what the desired outcome is if you're an artist.  More on that later. As always, thank you for reading I can be reached at my email: here.