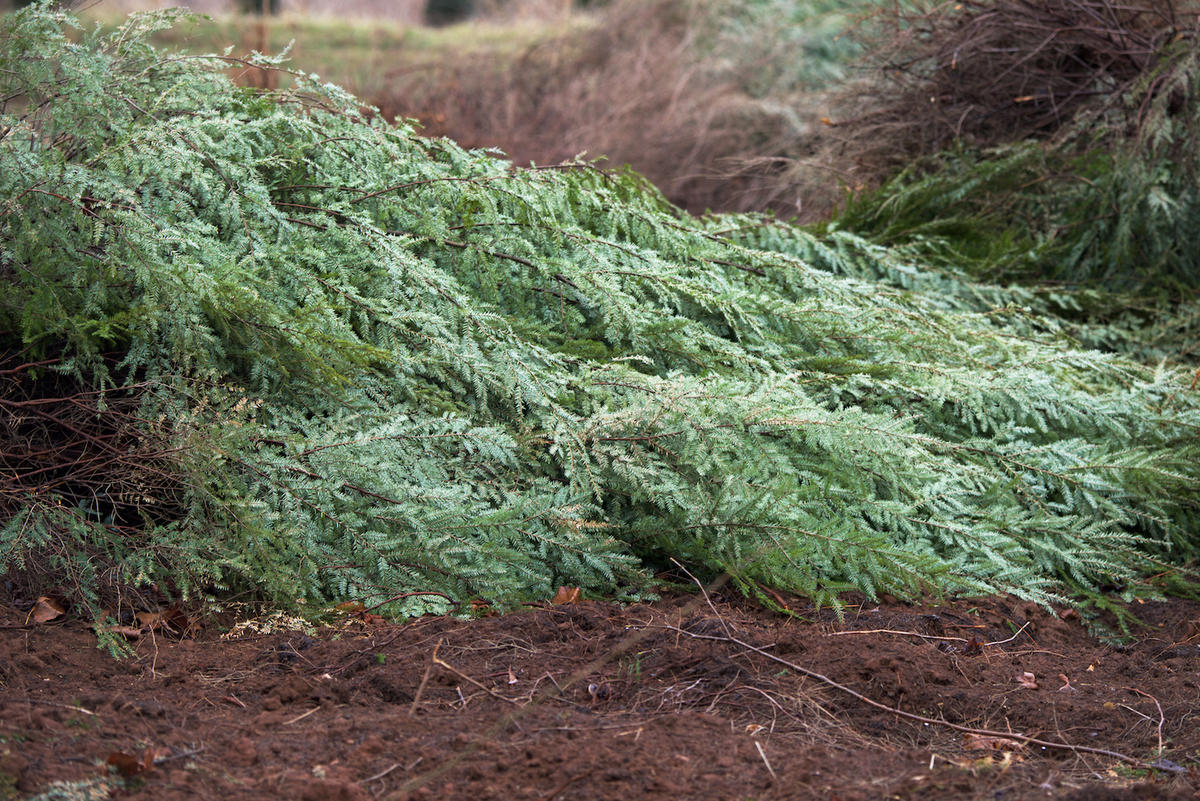 Lying there in a field, thrown away, reminding me of Richard Misrach's dead animals thrown into a pit in Nevada under very suspicious circumstances. The series, called "Desert Cantos" starts off this way:

On March 24, 1953, the Bulloch brothers were trailing 2000 head of sheep across the Sand Springs Valley when they were exposed to extensive fallout from a dirty atomic test. Within a week first ewes began dropping their lambs prematurely– stunted, woolless, legless, potbellied. Soon full-grown sheep started dying in large numbers with the same symptoms — running sores with large pustules, and hardened hooves. Horses and cattle were found dead with beta burns. At final count, 4,390 animals were killed. 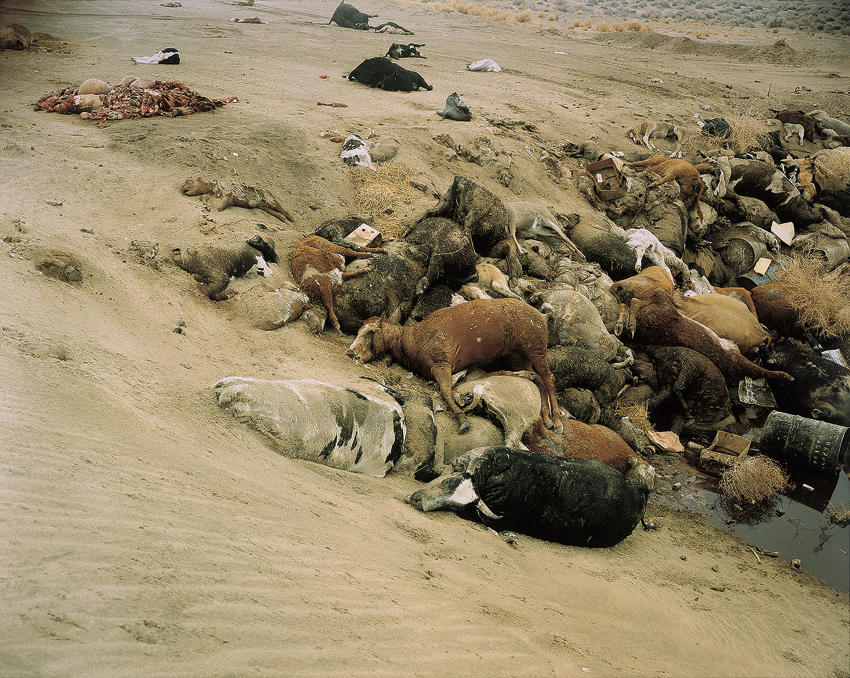 To be clear, Misrach offers no answers but uses these pictures to analogize about the atomic bomb testing the US did in this area in the 50's and 60's. Miscrach made his pictures in 1987. 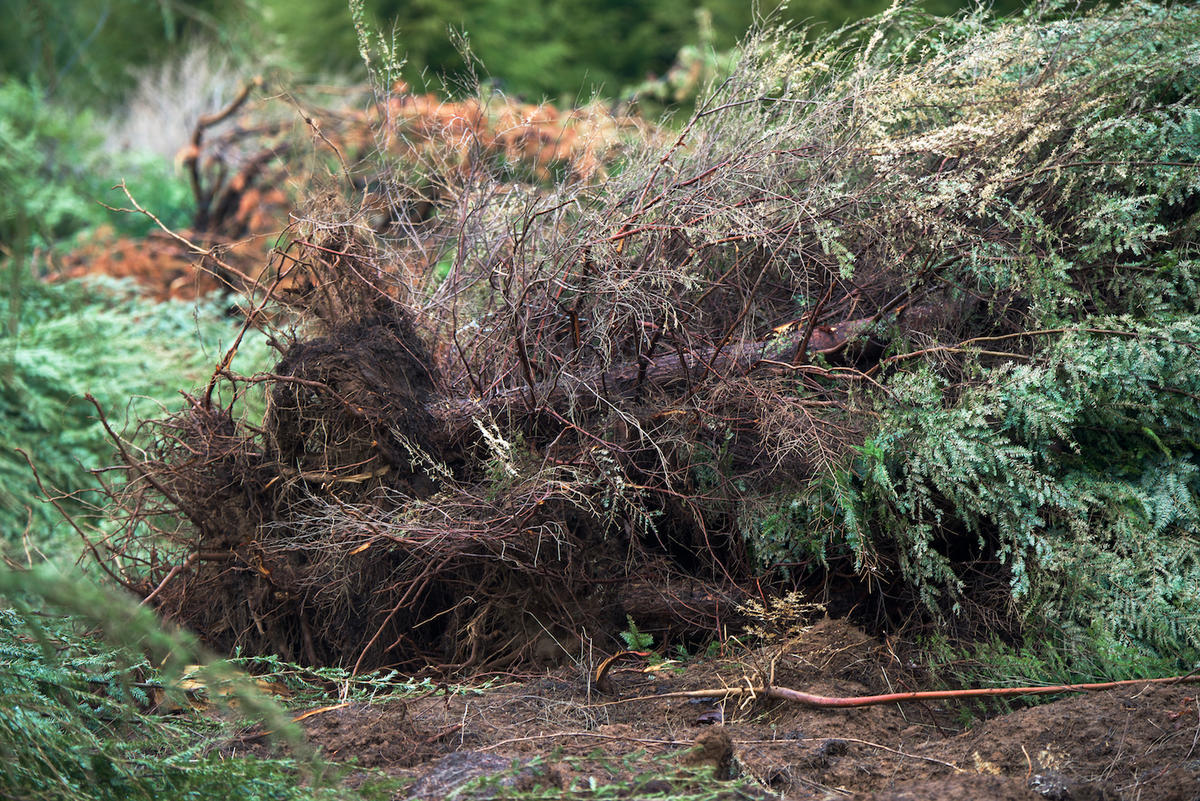 The question occurs to me that I probably couldn't have or wouldn't have made these pictures of uprooted evergreens in a North Carolina tree farm if it hadn't been for Misrach's pictures serving as precedent. 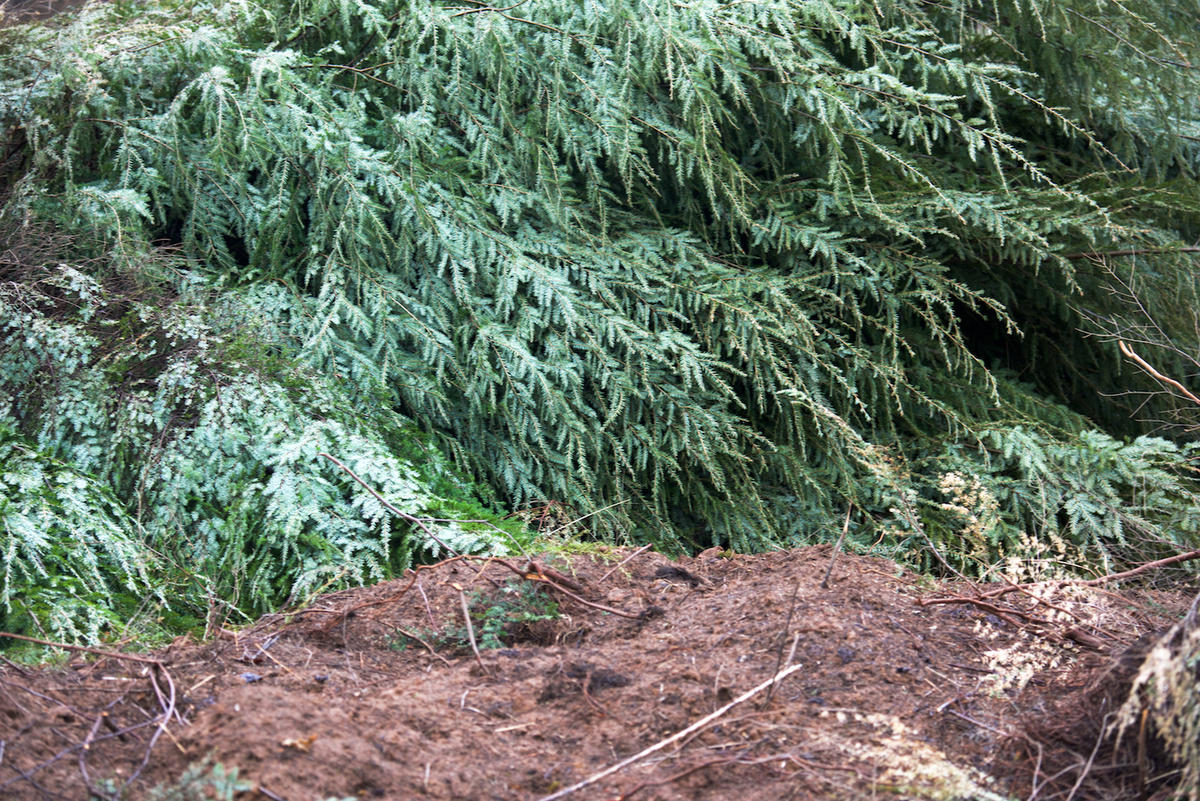 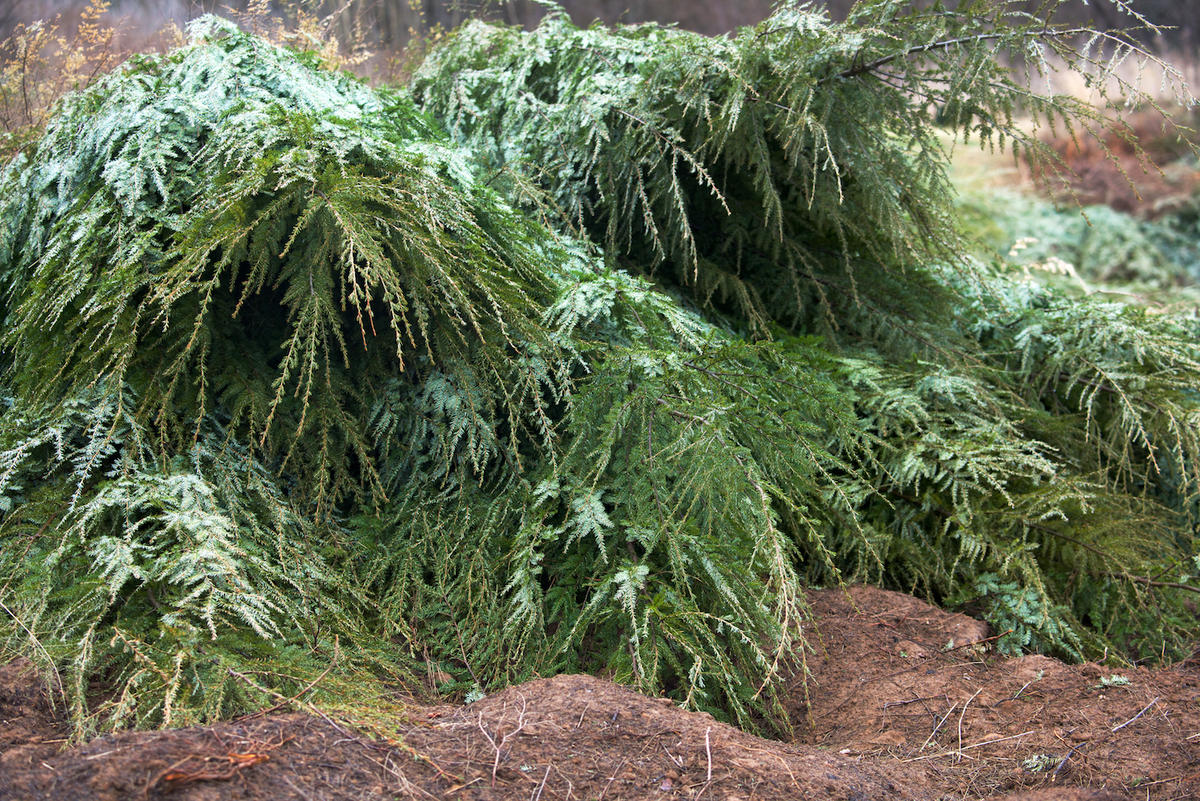 I know, they are only trees, right? There is no real tragedy here. Or is there? 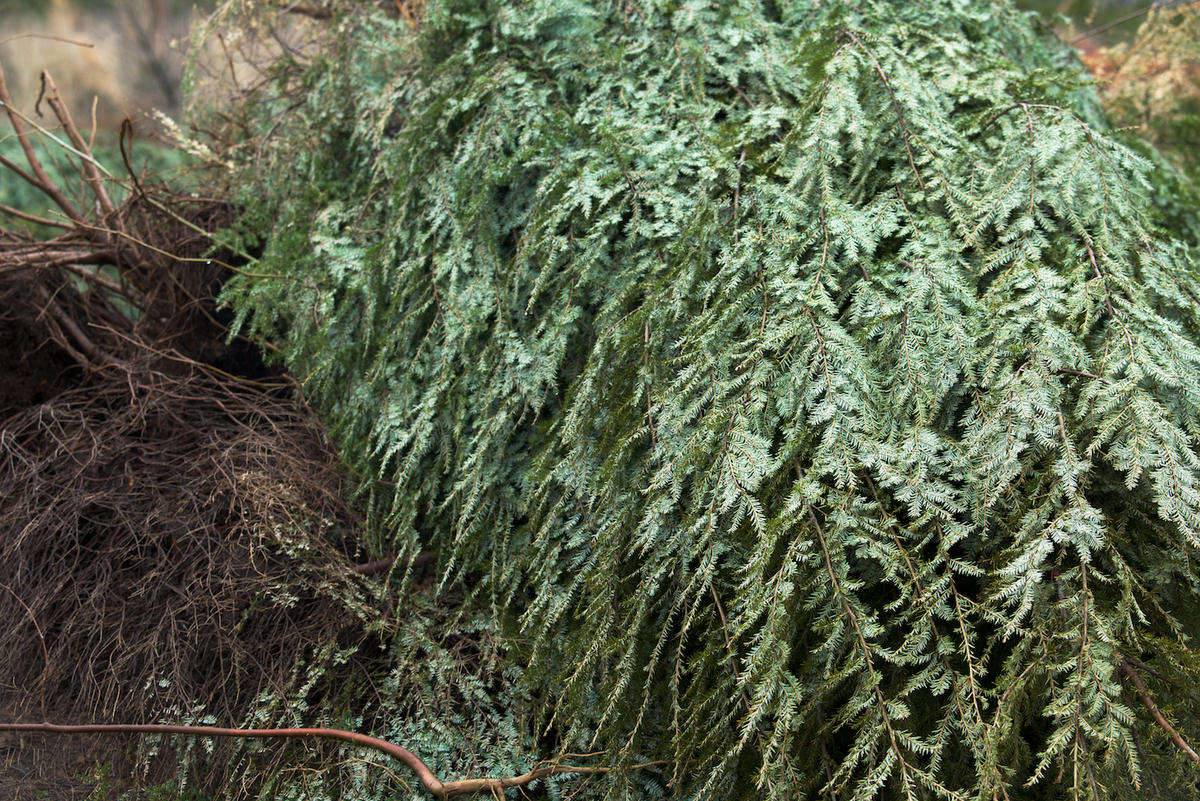 Think about this. I made these late one morning with a gentle rain falling in rural North Carolina in March 2015. We stopped, realizing what we were about to drive right past. Out in a field, uprooted, chopped down and left there what, to be fed into a chipper or buried like Misrach's corpses? What a waste. Sad, really. 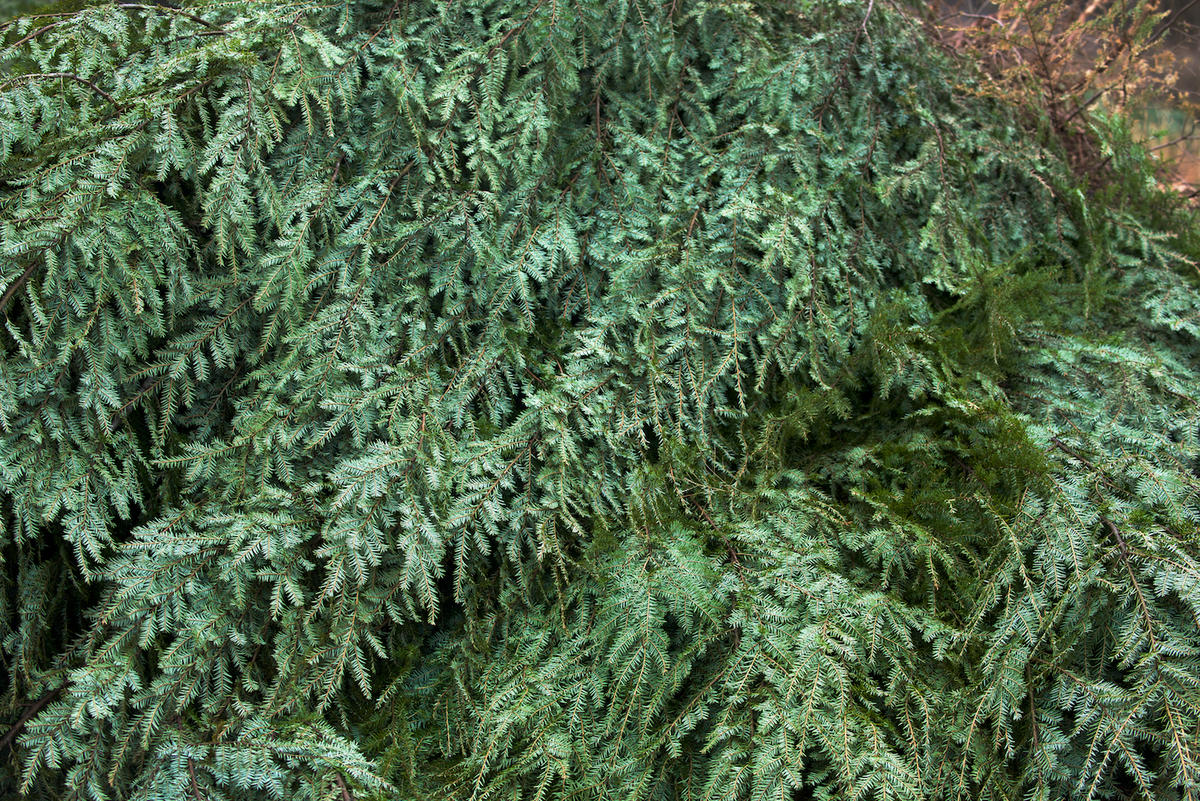 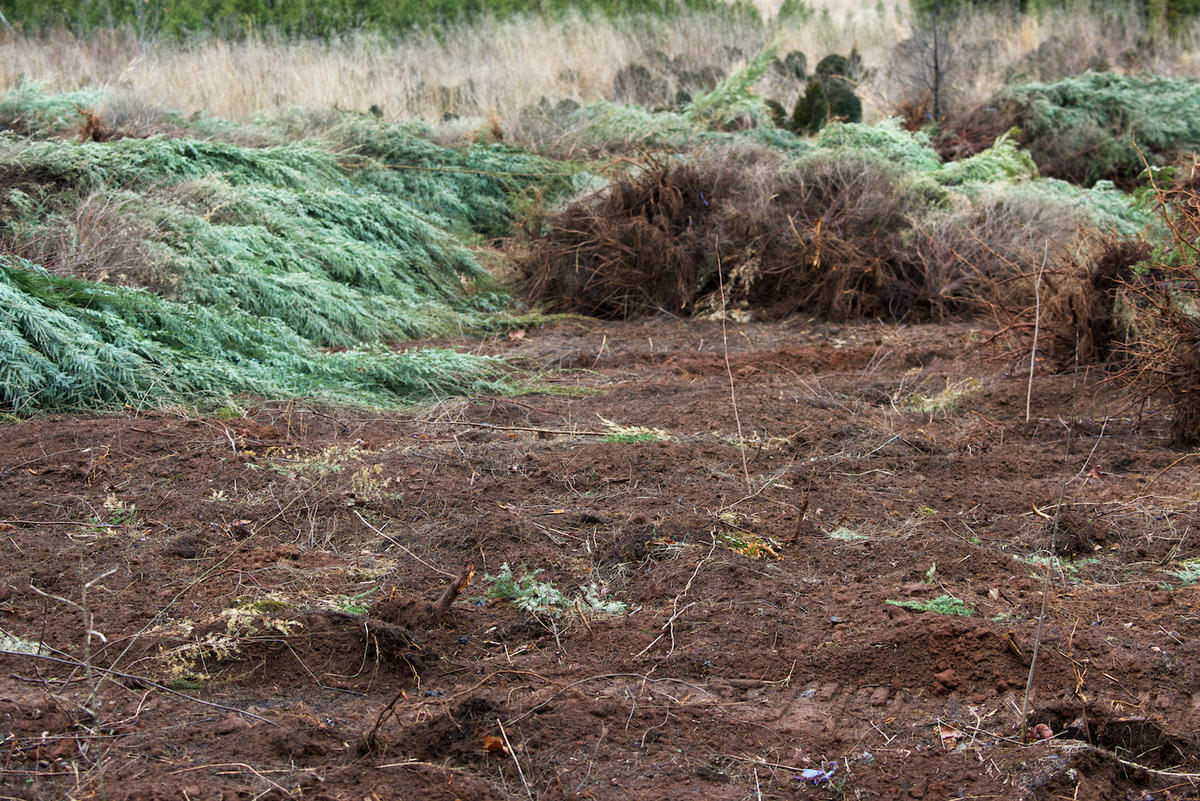 Grown to be sold to be a centerpiece in a family's homage to Jesus Christ's birth on December 25th? Or, depending on your point of view, to be cut, bought, brought inside, covered in plastic lights, draped with fake snow and tinsel with gifts from Walmart strewn around its base to be ripped open by children in a feeding frenzy on Christmas morning. Hard sometimes not to be cynical.

I'd like to bend this work and the idea of life cut short into a piece about how our contemporary times ruin everything. How we live in a disposable society and throw what we don't want away. But it's just isn't true. This particular carnage of some evergreens in North Carolina isn't about "now" and the cheapness of things in 2015. For it is universal, isn't it? There is nothing particularly timely about these pictures. We've been ruining things since mankind started.

At any rate, I wrote this pessimistic view last week when it was rainy and cold and New England was relentlessly hanging on to winter. By Saturday the sun had broken out, the temperature was higher and I spent all day at the Griffin Museum mentoring photographers and looking at some very fine work that affirmed my point of view that there is good in humanity after all.

It didn't hurt that I had beer and a burger that night with Frances and Paula from the Griffin. We told stories and laughed and life was good again.