We flew out of the airport at Santa Rosa a couple of days ago, about an hour north of San Francisco, in late February, from an airstrip on an old military base. I figure a Cessna 172 needs about 10% of the length of this old runway designed for transport planes. ZIP, we were up and almost right away flying over unspeakable misery, loss, pain, and death. 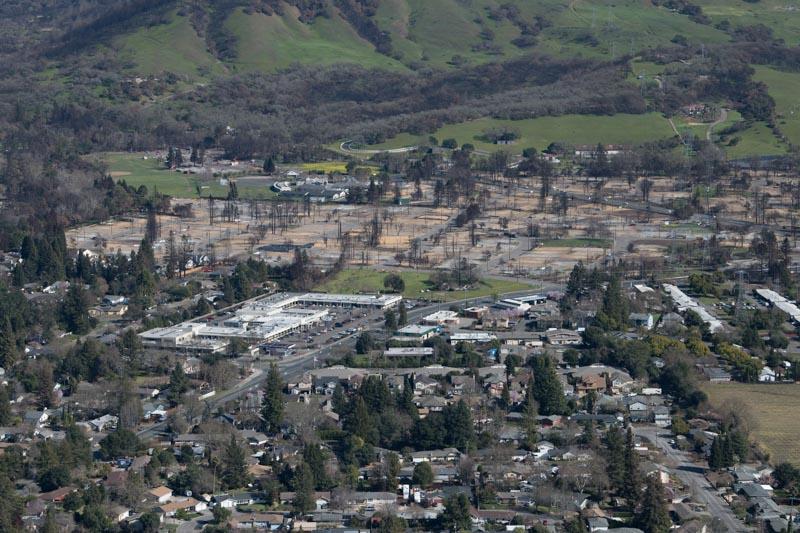 See all those yellow patches back there? That was a large development of several hundred homes. Gone.

From Santa Rosa, across the 101, and east to the ridge,  a cottage I rented 4 years ago, now burnt to dust the photograph at about 1000 feet above it, going about 85 mph in the Cessna, window hinged on the top is open, staying up due to wind pressure. 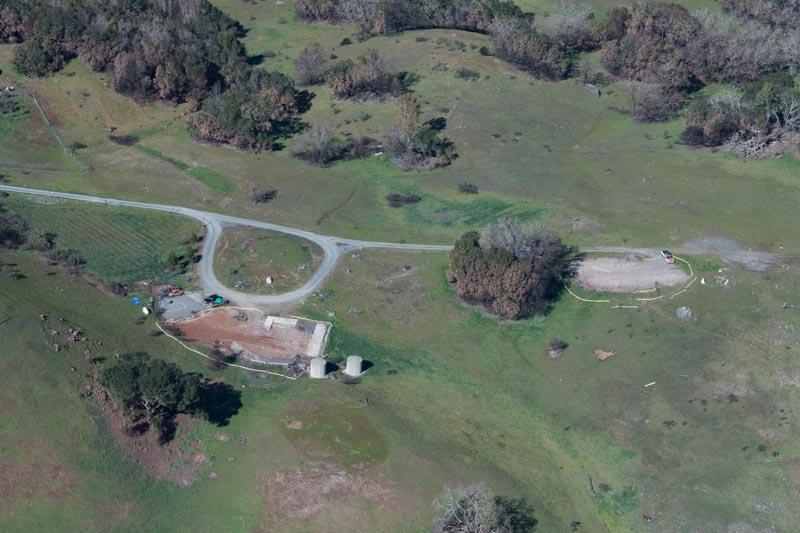 Lived there for about a month, the one on the right. The foundation on the left is where the owners lived.

Trying to keep the camera steady as the plane is jumpy due to turbulence. The spinning gyro clamped to the camera helps. Gorgeous day, 2 pm perfect, not a cloud.

Now we're over some of the worst. A whole housing development of hundreds of homes now completely gone, only dust and scorched trees remain. 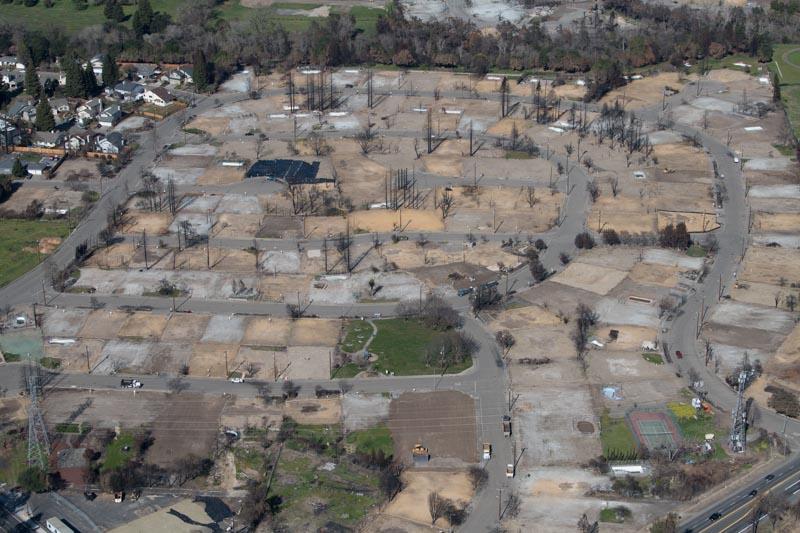 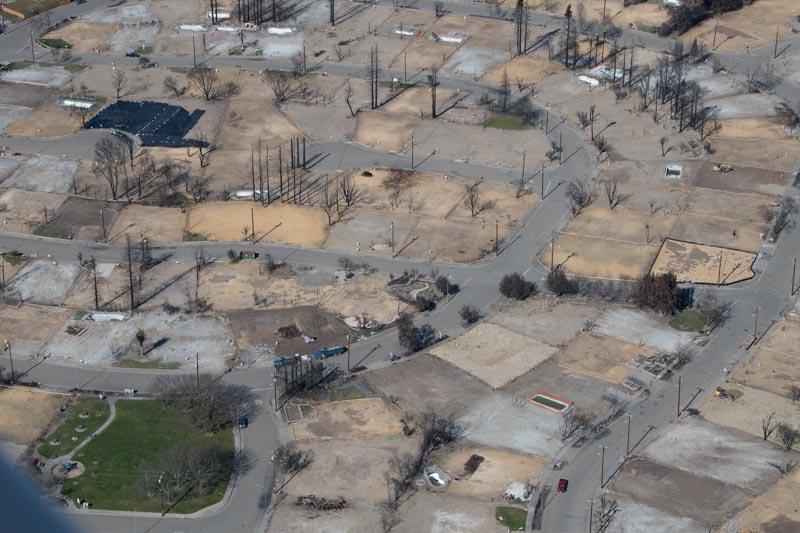 Up the valley again, this time following the road.  Now there are single family high-end homes with pools, gone, left to dust. Trees are still there, skeletons, most to be felled by a chain saw, for they 're already dead. 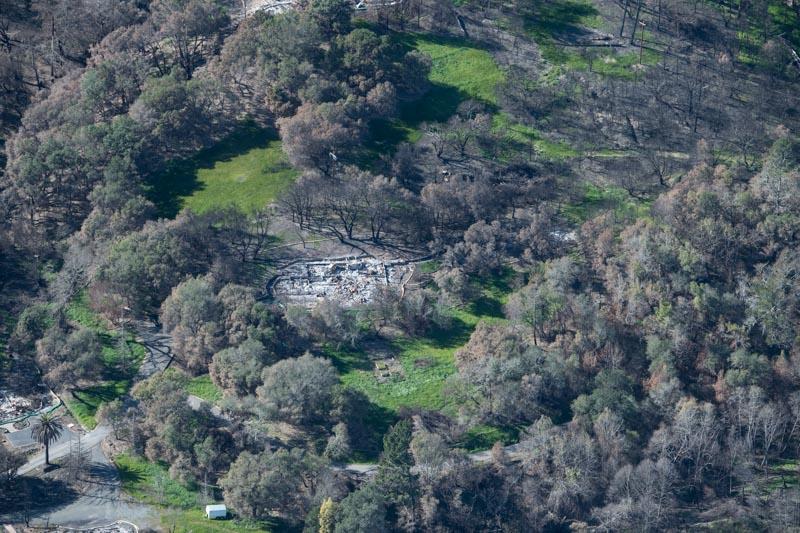 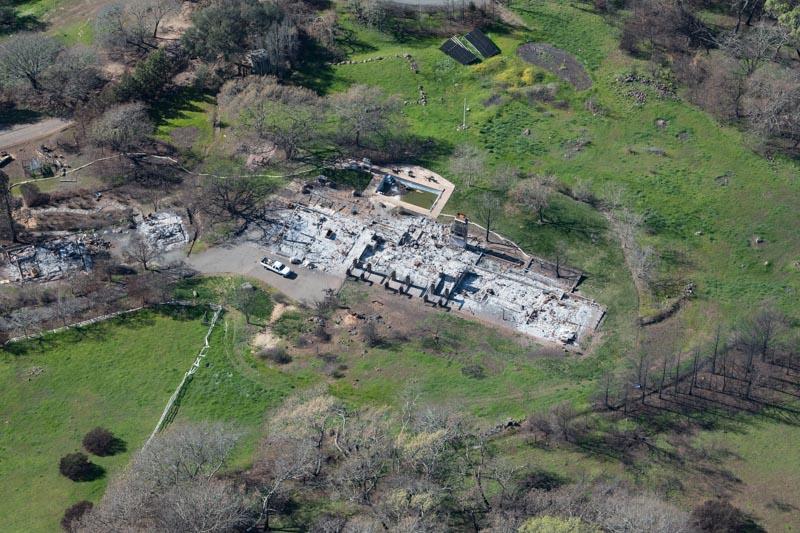 180 degrees back towards town and more devastation. Shooting shooting shooting, picture after picture while fighting back tears. Earlier in the day I had talked with a family standing in their now empty plot. The dad spoke of 70 mph wind,  horizontal flames, embers high in the air only to land and start a new fire someplace else. Across the road? Across the highway? From a neighbor? Of being woken up by firemen hammering on the front door, saying get out and you replying, "20 minutes" and them yelling back, "No, right now!" As you run out of your house that is now in flames behind you and look around you are in the middle of a war zone. Firetrucks hosing down roofs nearby, EMT's and police everywhere, rescue workers, teams trying to save lives and get people out. Chaos, and as you drive away looking back to see your house now fully engulfed in flame. That front hedge you trimmed last weekend? The new plantings around the pool? The baby's room, ready for the new arrival next month. That picture in the hallway of the four of you that weekend in the Sierras in 1997 when you realized you were in love? All gone to dust.

We're getting close to being done. I know I could make more but it seems somehow disrespectful to keep pointing at it. So much misery, so much loss. 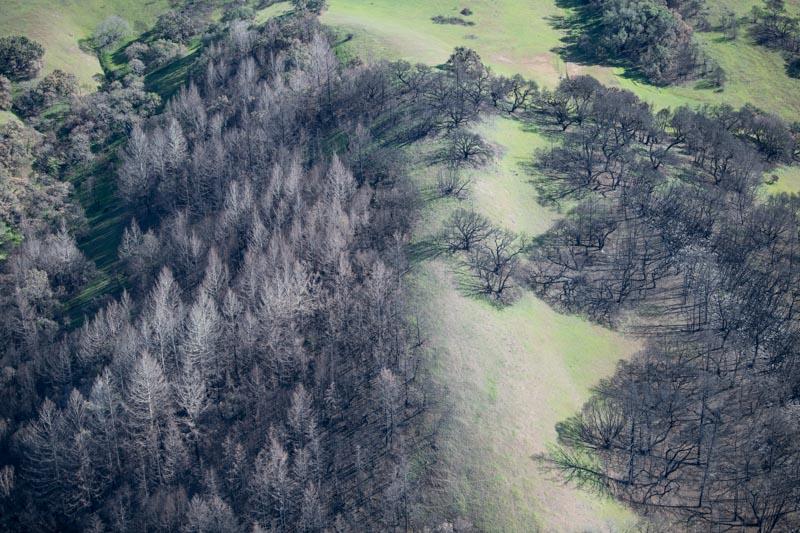 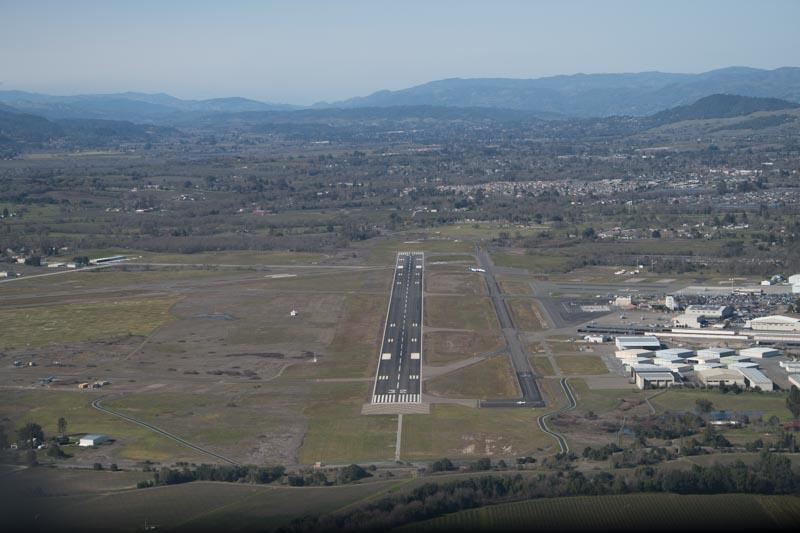 We land and I am almost giddy, relieved to be free from looking at it all from above. A look at destruction on a massive scale.

Drove up early yesterday morning from Malibu where I am staying to Santa Barbara to charter a flight over the fire damage in the towns around Ventura where the forest fires were last fall. We also flew over Montecito where the mudslides were. Read more