I have tried to keep this post away from tech talk and will continue to practice this rule but felt it appropriate to delve into what I call " camera craft" in this post, meaning the use of the tool that is our camera.

Starting to write on this topic reminds me the post on the studio (Studio Move) where I found myself saying that at some point it becomes an issue of commitment to your art. The camera is like that. In order to get the best output it is necessary to make a commitment to the gear we use.

I have always been pretty much a "one camera" photographer, with a couple of notable exceptions. What that means is that I am not usually someone who has many cameras and pulls them out to get different results. I have always just wanted the best results possible. So, I have bought the best camera I can afford.

Harry Callahan, one of my teachers way back in graduate school, was simple but eloquent on the topic. I was trying to rationalize the purchase of a Rollei SL66 in 1971. Rollei was the "other" German company making a 2 1/4 SLR camera (compared to Hasselblad). It cost new what a good VW Beetle would cost used. Harry said that cameras were cheap and by that he meant that here was this tool that would be the crucial device that made your pictures and, if you were committed (there's that word again) to being a photographer for your career, then the camera was inexpensive when factoring in how long it would last and how much you would get out of it. I bought the Rollei and it was my primary tool for many years. I still have it today. 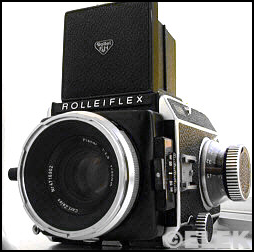 Once you've made the decision to buy a good camera (and not succumbed to the hype about these things) and have a lens or two in hand, next up is to learn its settings and how to get the best out of it. New cameras take time to learn and, I think, are a pain. I never would advise anyone to buy a new camera then go on a big trip and try to do well with it. How can you make good pictures with something you don't know? So, it is important to spend time with it, learn its menus and what it does and configure it the way you want. Also learn the lenses you have. Each lens is a trade off: sharpest here, best at this aperture, prone to diffraction there, bad in the corners here, poor zoomed out (if a zoom) all the way, and so on.

I never cared much for 35mm cameras. I owned them and did get serious for awhile shooting with a Leica M3 in infrared, but for the most part the negative was too small for the results I wanted. For over twenty years I shot almost exclusively with an 8 x 10 inch view camera. 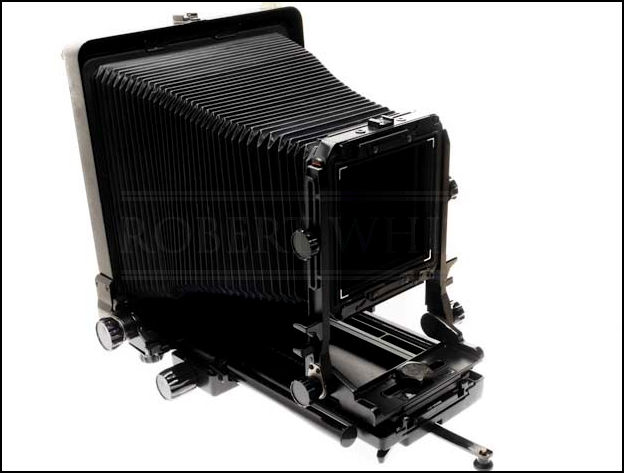 This became the benchmark for me as I judged other, smaller cameras. Of course, nothing lived up to this high bar in image quality but it served me well as a standard by which other cameras could be compared. But now that I photograph using a digital camera, I make some series of pictures that use it like a view camera, putting it on a tripod, stopping the lens down to its best aperture, even tilting or shifting one of the lenses (a 24 mm tilt shift lens) occasionally. Ironic that my present camera is about the same size and weight as a 35mm SLR was. To convey just how far technology has come: Are the pictures it makes so very different than what the 8 x 10 produced at regular print sizes? Not so much.

Last point. Don't use a good camera in a less than best way and expect it to give you "best"results. Hand holding the camera at a marginal shutter speed with the lens wide open and the ISO set too high does not a good picture make. The tripod (yes, a good one, usually meaning expensive) is your friend. When in any doubt, use it.

Good photography, as I try to practice it, is always working at the limit of how good the camera, the user, the lenses, the printing is at a certain period of time and in my lifetime this has always been improving. What a wonderful thing! But this also implies a certain trust that the technology is always going to improve the medium. Of course, some would disagree and say that since the world has embraced  digital, photography has been hurt and the old silver gelatin technology is somehow, "real photography". This is analogous to those claiming that vinyl is a far better vehicle and more realistic to the actual performance than digital for recorded music.  I don't believe this.

I digress. Back to "Camera Craft". It is important that you know your camera, its controls, its assets and limitations well. You should also know what given apertures look like with your lenses at given settings and focal lengths. How much depth of field you need at the print size you work at, how your camera can handle a dynamic range that is wide or modest, and so on.

I remember Dianne Arbus talking to us in a class at the RI School of Design when I was a student and saying that in the early days of being a photographer she denied the equipment she was using, meaning that she didn't think that the camera and its use was important. But Lisette Model, who had been an important mentor to Arbus, convinced her that it was important to be careful, to learn exposure, the camera and making good prints. The premise, of course, is that if you wish to make a statement, tell a story, drive a point home or show something beautiful you can't if you aren't using the tools of your chosen discipline well.

Once again, you can subscribe to these blogs. I urge you to do so. It is easy and reversible every time you get an email notice that I've put out a new blog.

Please email me with your comments.