For the purposes of this essay this is the process of making art by calculating its effect.   Political art would fit this definition. Making art for the purpose of selling it would also. 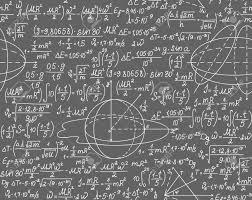 Most assume that art is made out of passion, out of a need to be expressive, or an emotional reaction to things. For many it is emotion made visual. But for some art is intellectual and thought through, made for intended effect.

Does your art come from a place of need? Felt rather than thought? Does something stop you in your tracks and require that you photograph it even before you've thought it through? Or do you plot and plan, follow through in your mind all the steps to make a finished photograph, from what it is of through to how it is perceived on a gallery wall?

Let's look at a couple of scenarios. We'll broaden our lens here to the larger world of making art.

Lynette is a painter. She makes her paintings in groups of work; a certain color palette here, a drawing style or technique there, smaller or larger, on canvas or paper and so on. Last year she had a show of newer canvasses at a local gallery that did very well. Not only did the show sell out but the local paper published a glowing review.  The show was held in high esteem by artists in her community that she respects. Everything about this work felt right to her. It came from a deep place inside as she was wrestling with demons from her upbringing, her parents splitting up when she was little, a road trip she took with her dad, and her brother's death, killed in an auto accident when he was sixteen.The gallery owner told Lynette at the end of the show the he'd like to see new work and that he was very pleased with the show.

With all that behind her she starts to work on a new group of paintings, a new body of work.  She is thinking of making a series that will be different but even more successful than the last show. She can see the praise and sales now in her mind's eye. These new ones are going to be bigger with stronger colors and more gestural, less figurative, more assertive. She doesn't hesitate but plunges right into making these new paintings.

Cut to the end of the story. She powers through the making of this body of work in a kind of creative frenzy and rushes to show these new paintings to the same gallery as before. The gallery owner seems a little shell shocked by this new work but agrees to show them in a one person exhibition the next summer. She's exhausted but pleased. The show comes and there is no praise about this new work. The same reviewer for the local paper as before writes that the paintings are overblown, scattered and in disarray, made without cohesion or a common thread.  She sells nothing. Lynette is crushed. The show comes and goes and her friends are noticeably less engaged with her about her art. She is very unhappy and doubts herself, her abilities and her choice to be an artist. She stops painting for quite a while, lacks motivation and doesn't like anything she paints.

The question is: what was she thinking? Was her experience with the show that sold well a strong influence that predisposed her to calculate what she needed to do to make paintings that would be even more successful than the last show?  Was that experience so fulfilling she sought to make it happen again? Can an artist do that? Pull the trigger on work of high quality on demand?

John is a sculptor. He lives out in the country down a long dirt driveway and has a studio in an old barn on his property. He teaches for income. He welds, fabricates and incorporates glass into his sculptures. He seldom shows but when he does it is usually because someone's sought him out, maybe a former student turned curator or gallery owner, maybe someone who's seen his work and wants to see more. He doesn't change his work much although he might take a course in a new welding process or apprentice at a local body shop to learn how to mold sheet metal.  He has a show at the museum in the city nearby and a local gallery agrees to handle sales should there be any. The show sells out and there is a bidding war for some of the pieces. The museum buys a couple of things that are at his studio for their permanent collection. There is a good deal of buzz about this new artist the museum curator "discovered". The New York Times writes a piece on him in the Sunday magazine. He's now getting calls from all over the world about his work. While he seldom picks up he can't ignore the Guggenheim Museum or Dia Beacon.  He tries to work every day, just as he always has. He has become very successful. He hires an assistant not to create more publicity but to buffer him from those that are after him. John continues to make new work, one piece at a time. He struggles to maintain an equilibrium in all the noise of curators seeking him out, the publishing of a new book about his work, his teaching responsibilities, paying bills, ordering materials, maintaining important friendships and relationships and the occasional press interview with the private part of him that is the well of where his art comes from, this inside core of his very being. He does manage to protect that part him mainly by saying no more than yes, by sticking with discipline to his schedule, by staying true to his initial ideals and by working very hard. His work grows in its depth, in its beauty and in its refinement. He understands that it is the work, the making of the art that brings meaning to his life, not the approbation or adulation from others and certainly not the sales.

In the first example, Lynette veered off track with her first show's success. Think of the rock band wildly successful from their first album's sales going back into the recording studio to make the second album and having nothing to give, little to say and a tendency for their music to sound not as good.

My advice to photographers would be to tread lightly in the realm of making work by calculation. It is inevitable that you will find yourself thinking about what effect the work you make will have on people. But I think that is really a "fringe thing", not a core reason for making pictures.

In the "John" example he is a centered person in that he understands he needs to make these sculptural pieces of metal and glass. The external success feels good, sure, but it doesn't change who he is or what he does. Instead he seeks to preserve a process worked out over years and to buffer himself from the newer parts that are his fame. With Lynette she made the initial work out of a true passion for her craft and vocation, but the subsequent work was not true to her as it was forced and it ultimately failed. These two examples are perhaps oversimplifications, but you get my point.

Where does your art come from?

This is part of a series of looks at states of mind or the causes and effects in the life of artists. The series started with

then went on to