This is post number 1 highlighting three series I've loaded onto the site from 2004-2006 that have never been there before.

"Billings" was made the same summer I made the Old Trail Town series from Cody, Wyoming. The mid 2000's were heady years for me. I was now a full professor at Northeastern, I was starting to teach summers in Venice and photography had embarked on a sea change of a different way to capture light on a light sensitive material, from film to CCD sensors. Looking back at my work made during those years, the series I made at the end of the film era for me, the work looks large in scale, completely known in terms of the materials I was using and comfortable in  the tools I used to make my images. Two of the series I have just placed on the site, Billings and Thomspon are large works, and look complex, involved, and are perhaps less accessible to many. If anything I can do as a photographic artist is close to "symphonic" then these are two groups that would represent that idiom best. As such, again looking  back at them with years of perspective, I would rate them highly in terms of works being made by an artist at the height of his powers and secure in the materials being used to make his statements. If it sounds as though I am proud of these works, I am. Are they among my most beautiful series? Absolutely not. Are they for everybody? No. But they are rhythmic, melodic, arrive at a climax, finish with a conclusion and are intended to take the viewer somewhere. All three are mature works, not really possible for a young man to make.

So, Billings pays homage to my youth due to two summers spent in Wyoming and Montana as a teenager working on a ranch. In order to get to the ranch in those years, one flew to Billings, then drove from there to Cody and then went west to the ranch. Forty years later, in 2005, I rented an apartment in Cody and worked for five weeks in 8 x 10 and early digital. shooting daily, driving a rented Jeep. Looking back it was the last trip I took where I worked in the 8 x 10 inch format.

The Toyo 8 x 10 field camera that was my main camera for twenty years set up here in Wyoming: 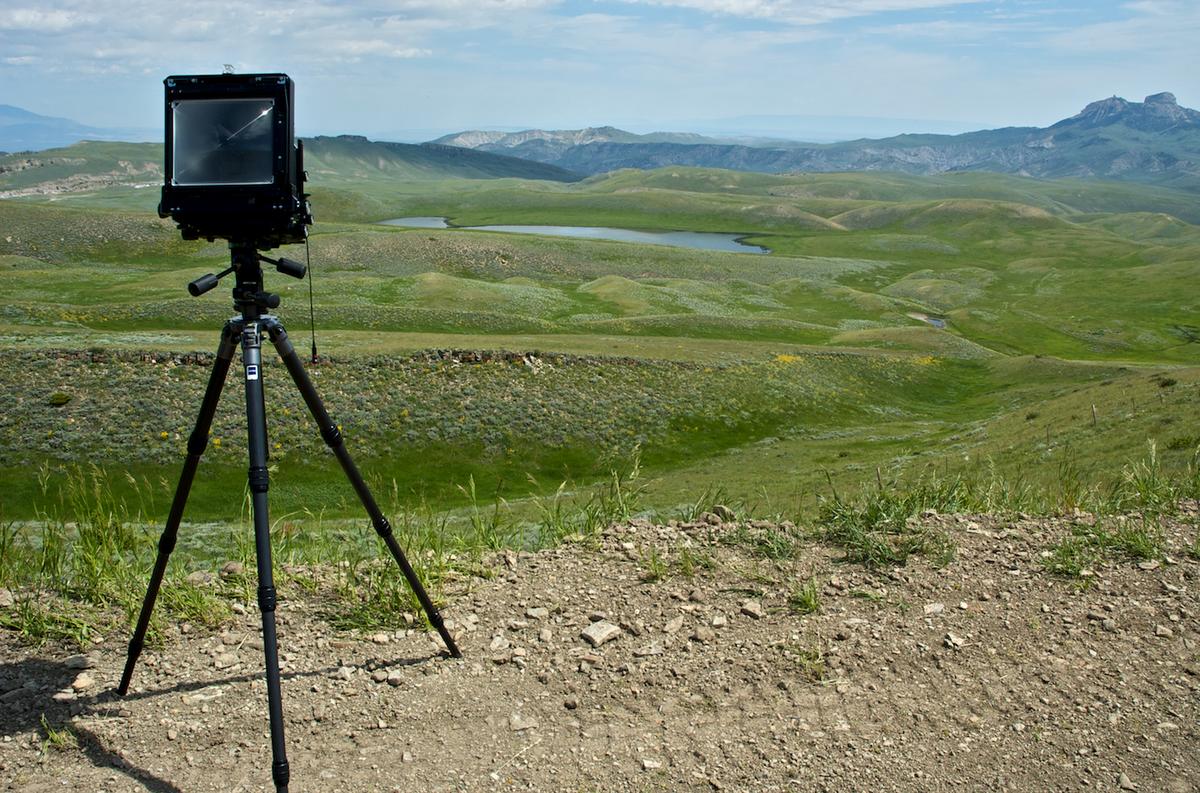 and here, what it was pointed at: 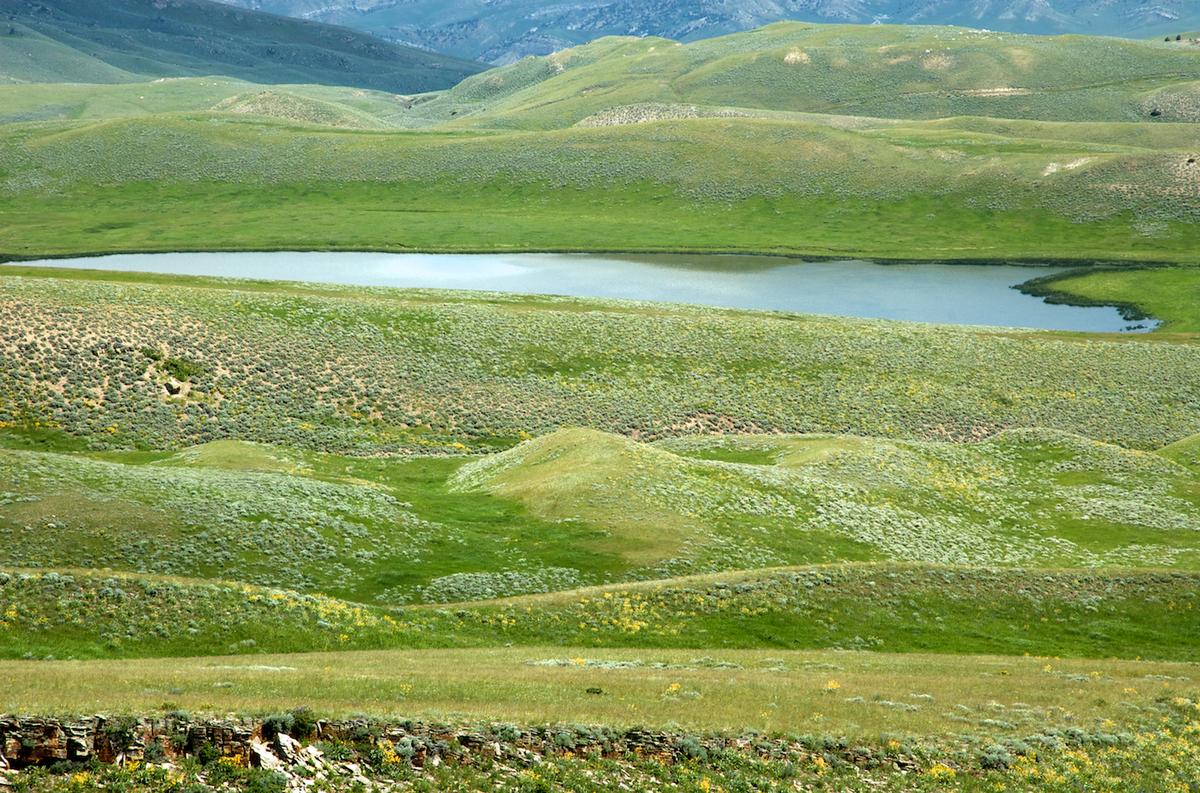 Cleary, I was photographing the big camera as I was thinking this way of making pictures was close to being over. 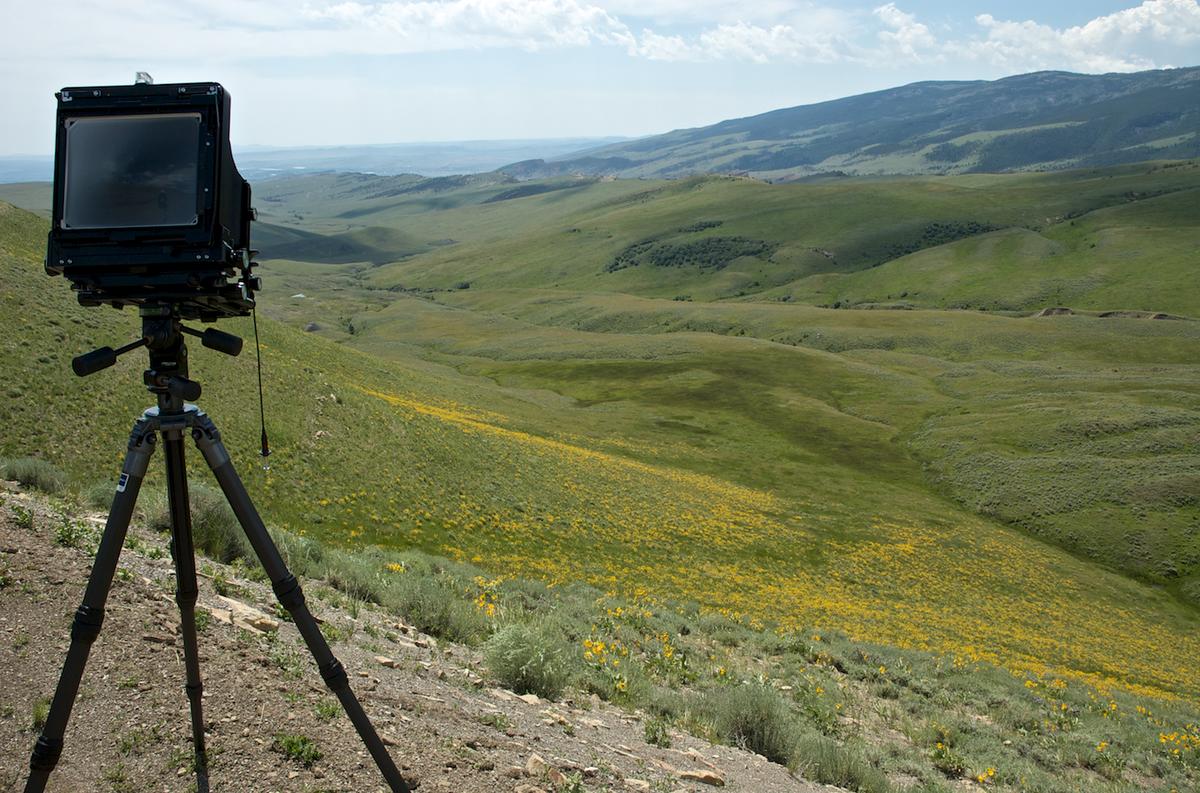 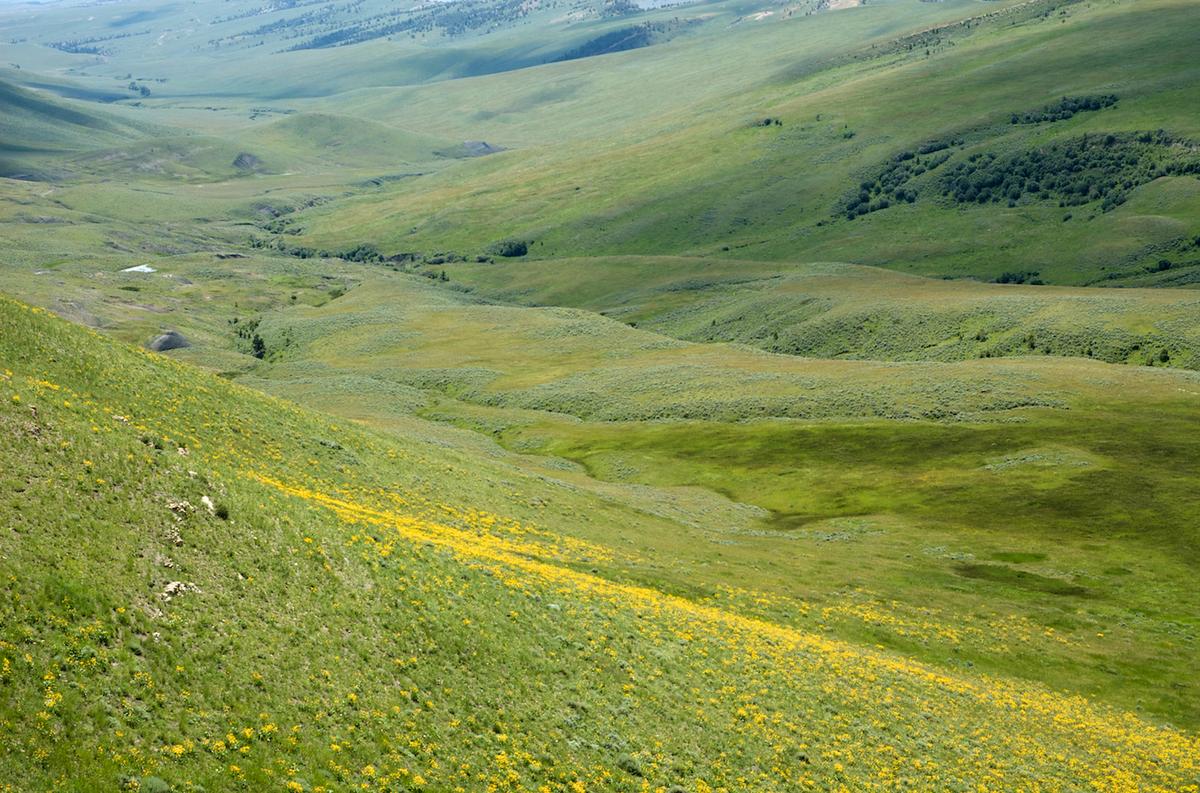 What was I photographing the 8 x 10 with? A Nikon D70, an early generation small chip DSLR that was very affordable and made a picture from a 6 mp file. In truth I had a blast with the Nikon, shooting things like a 4th of July parade in downtown Cody. 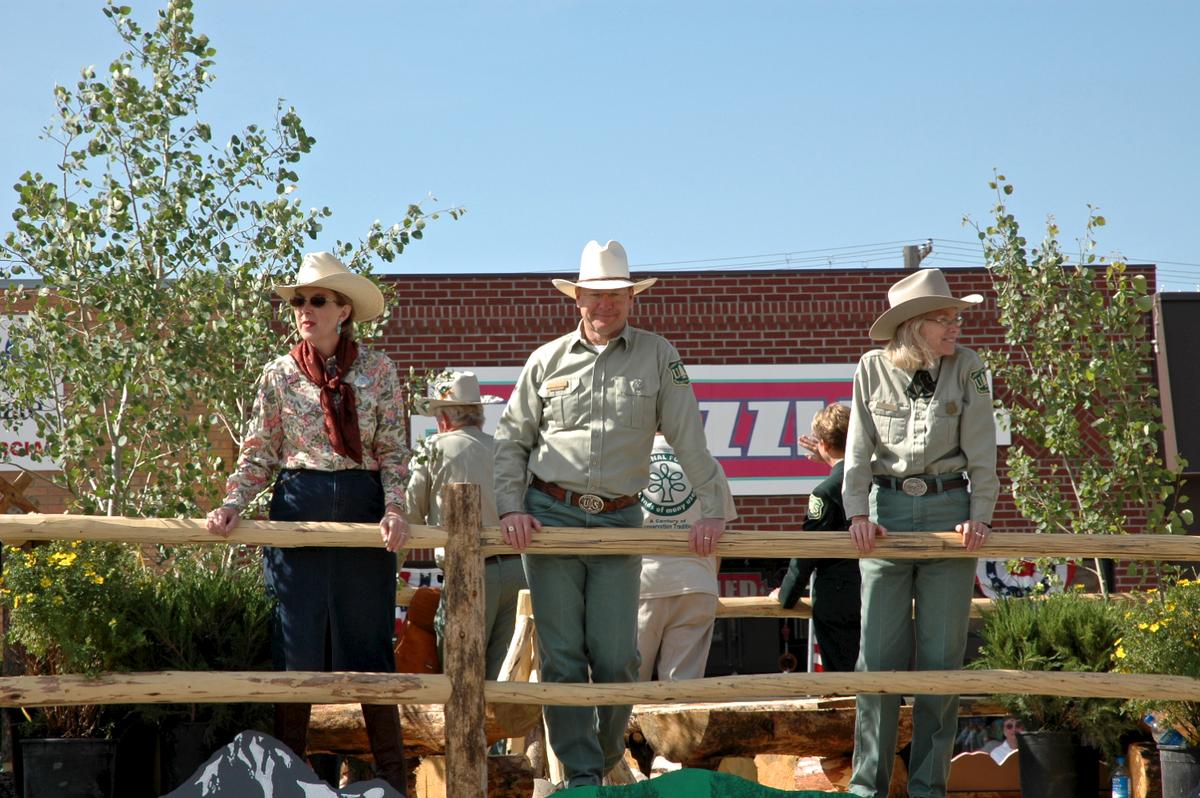 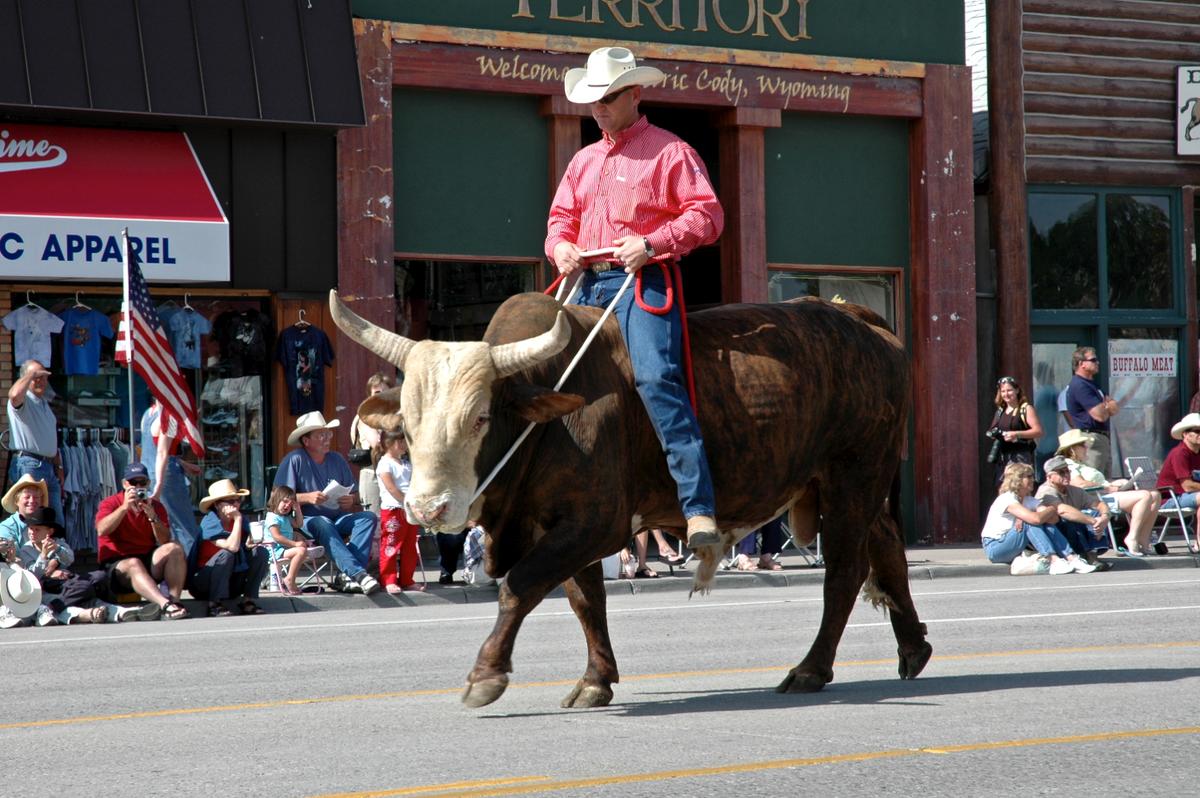 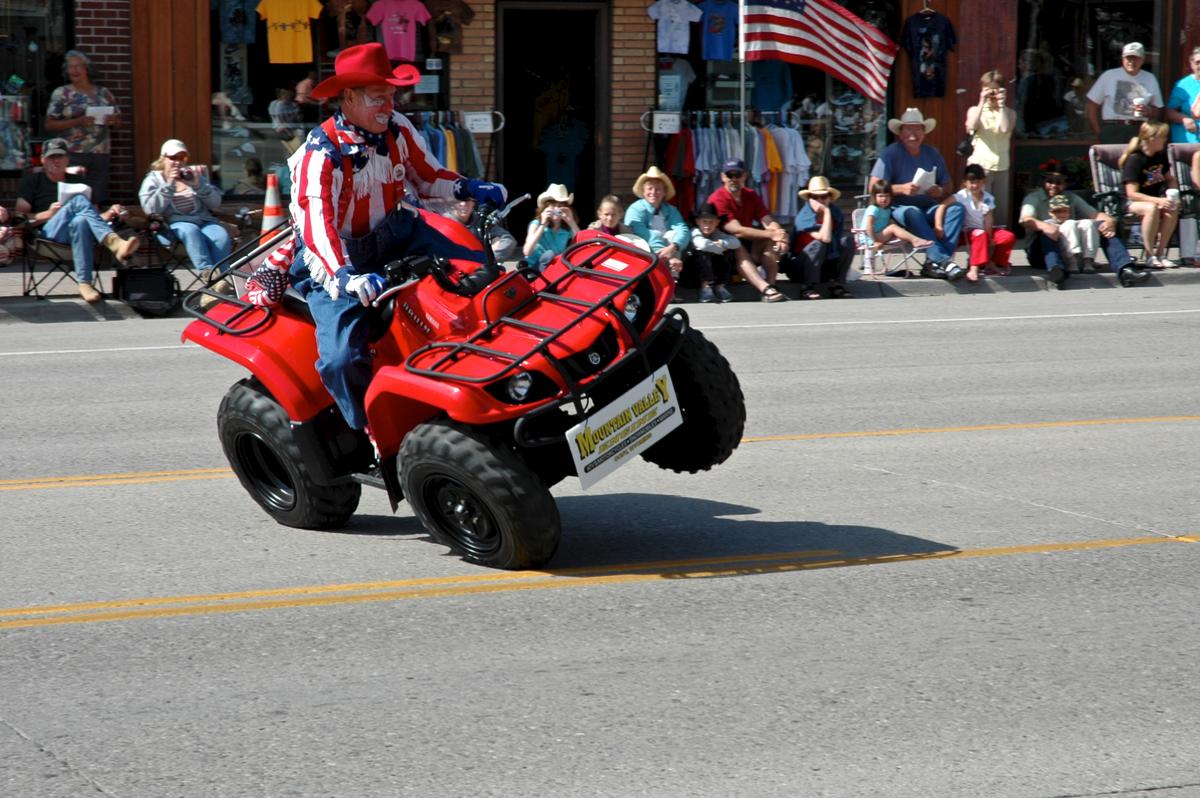 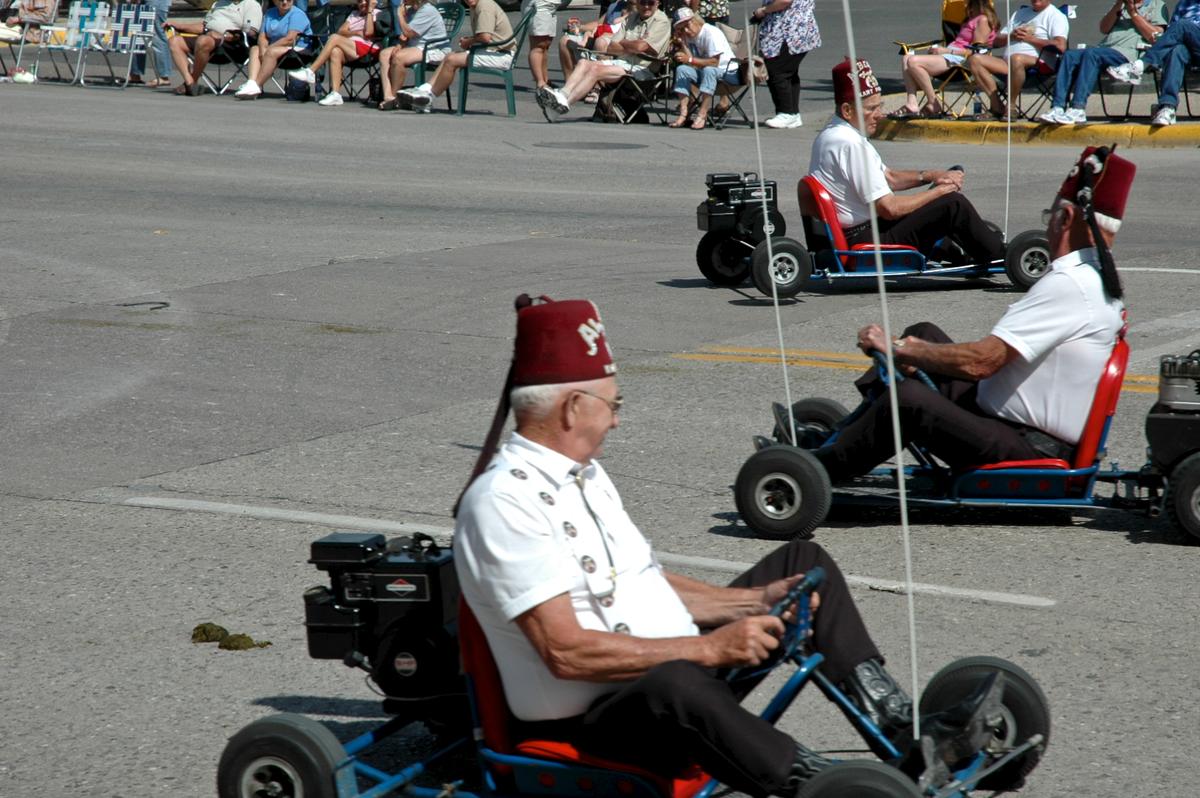 Looking back, the Nikon wasn't much of a camera in today's terms, but it does support the idea that for many people there is no need for a large file. The images seen at 72 dpi don't suffer a bit here. It is only when trying to make prints and large ones, that this camera's file is severely deficient.

I also went to Yellowstone Park that trip and had a great time photographing the tourists and the amazing things coming out of the ground: 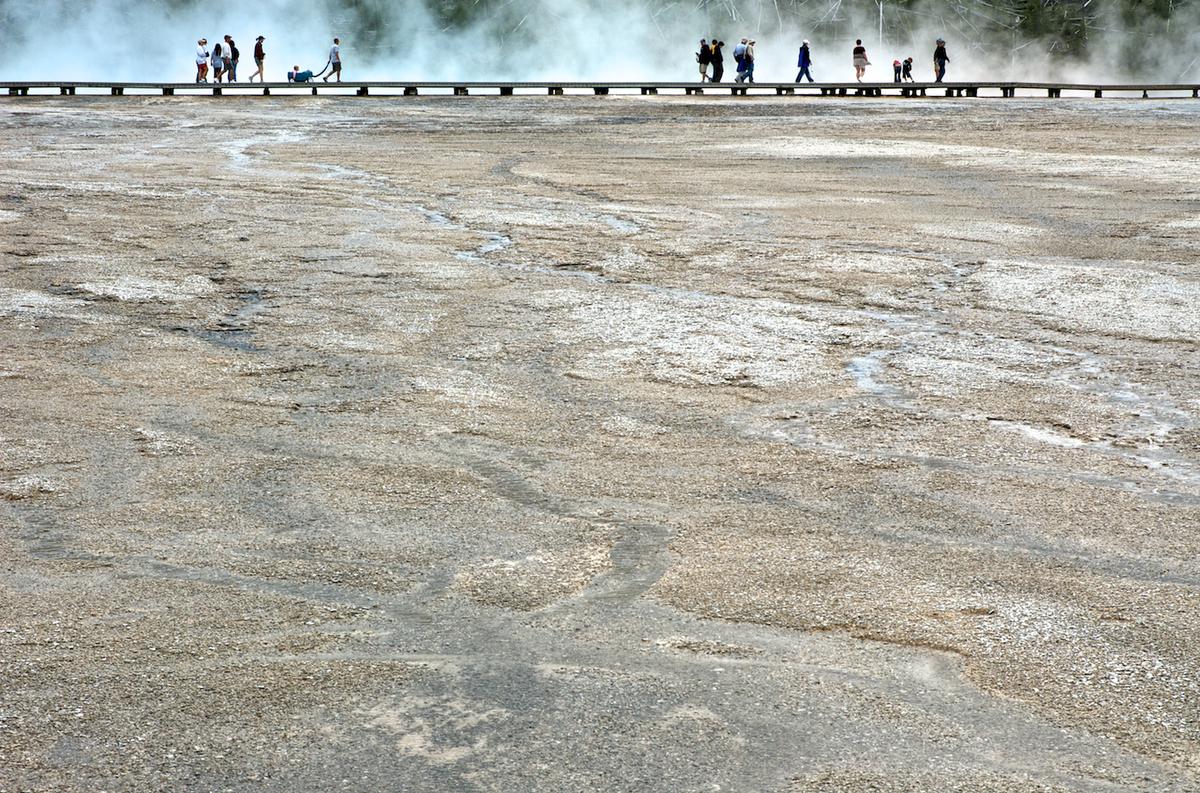 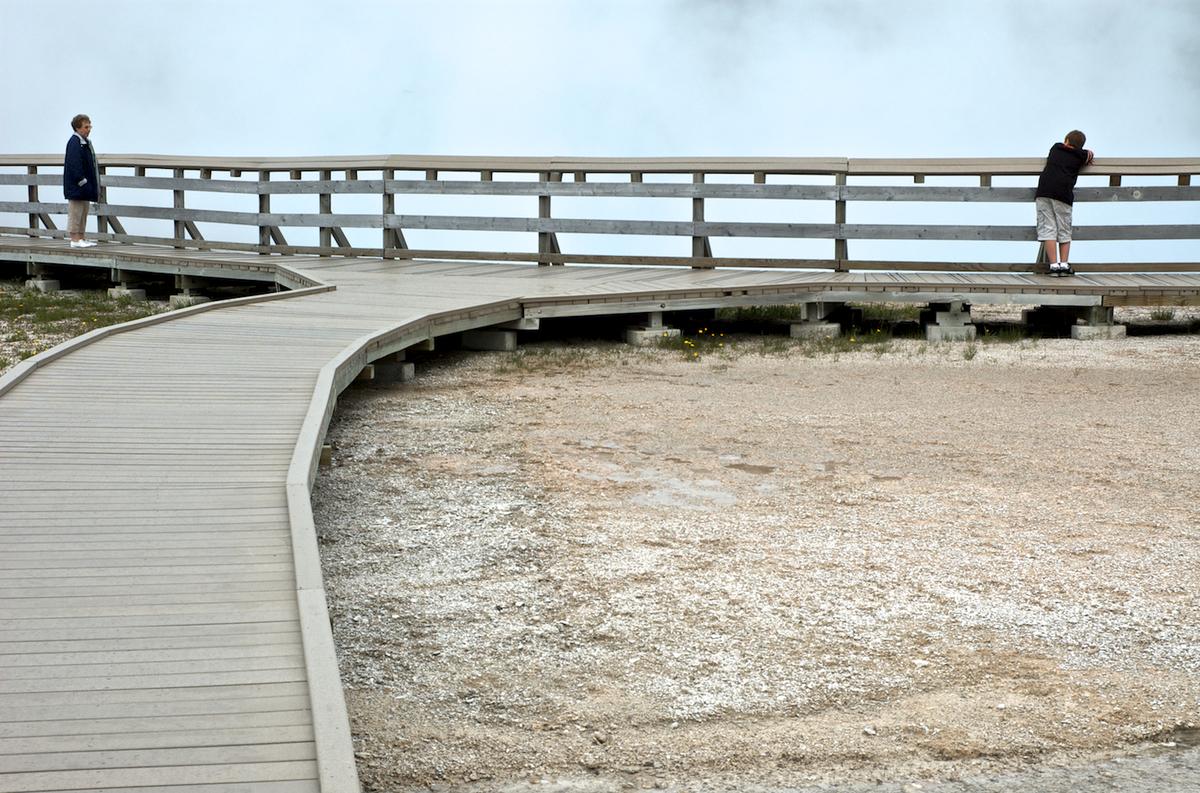 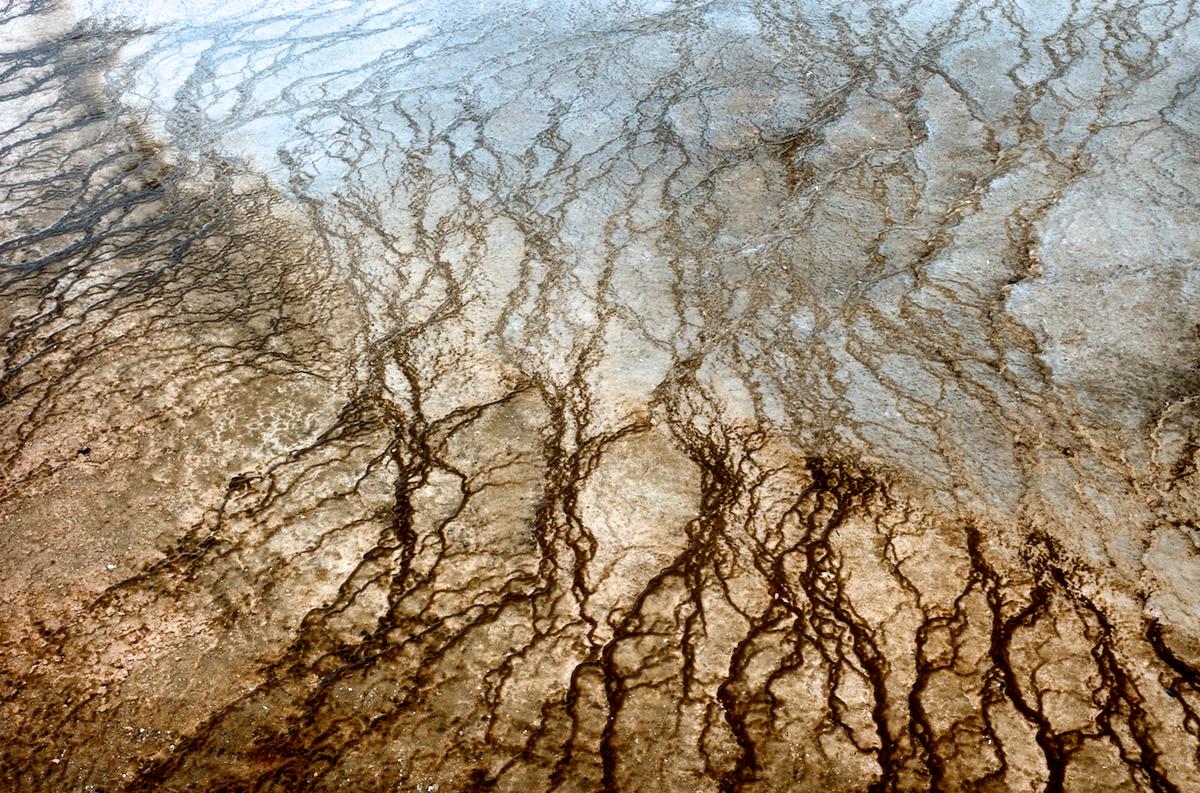 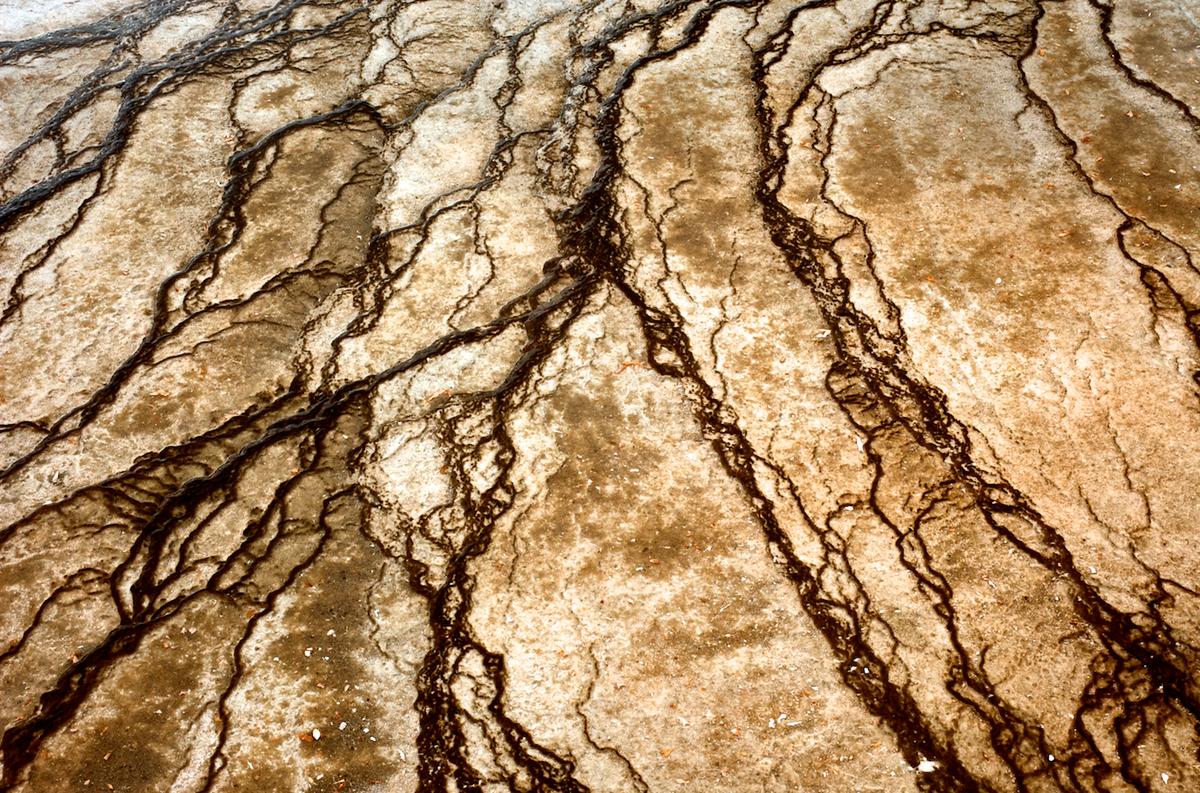 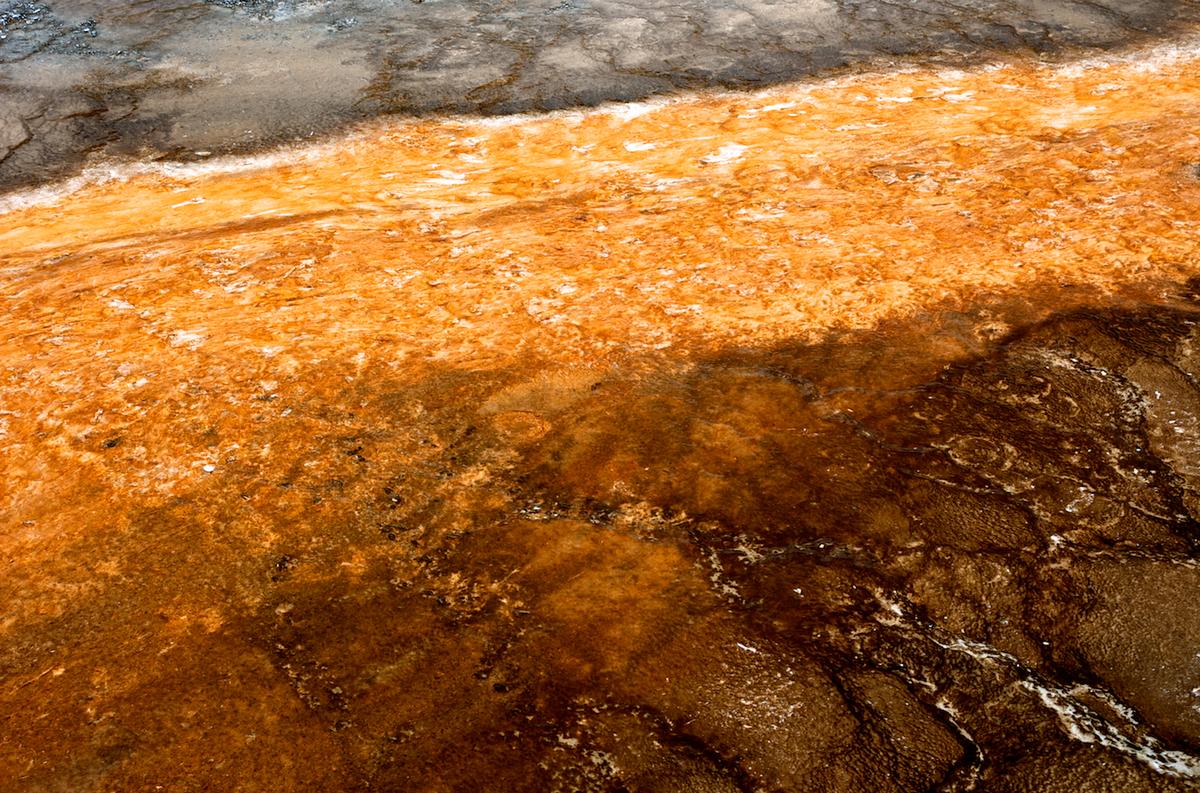 I also worked in the 120mm film format on that trip and that is how I made the Old Trail Town series and Billings as well.

So where's Billings? It's coming up in the next post.