Summer and 18 years old. On the Vineyard. My soon-to-be girlfriend Cindy left the party one night in July to get more beer. Off she went in the used 1957 BMW Isetta she had bought that afternoon.

Not exactly a photo post but a good story.

This was an unusual mode of transportation 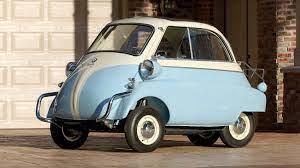 with two wheels in the rear that were closer together.  It was something of a cross between a motor scooter and a car. They were not known for their ability to take corners at speed. I had spent a few moments with her earlier explaining that corners were not her friend. She didn't pay much attention.

At any rate, off she went in a hurry to get down island ( 20 minutes away) before the liquor store closed. I couldn't go with her as the party was at my parent's house (who were away, of course) and I was worried people would trash the place.

The Isetta was a little different in terms of getting in and out of it. The front was a door that opened 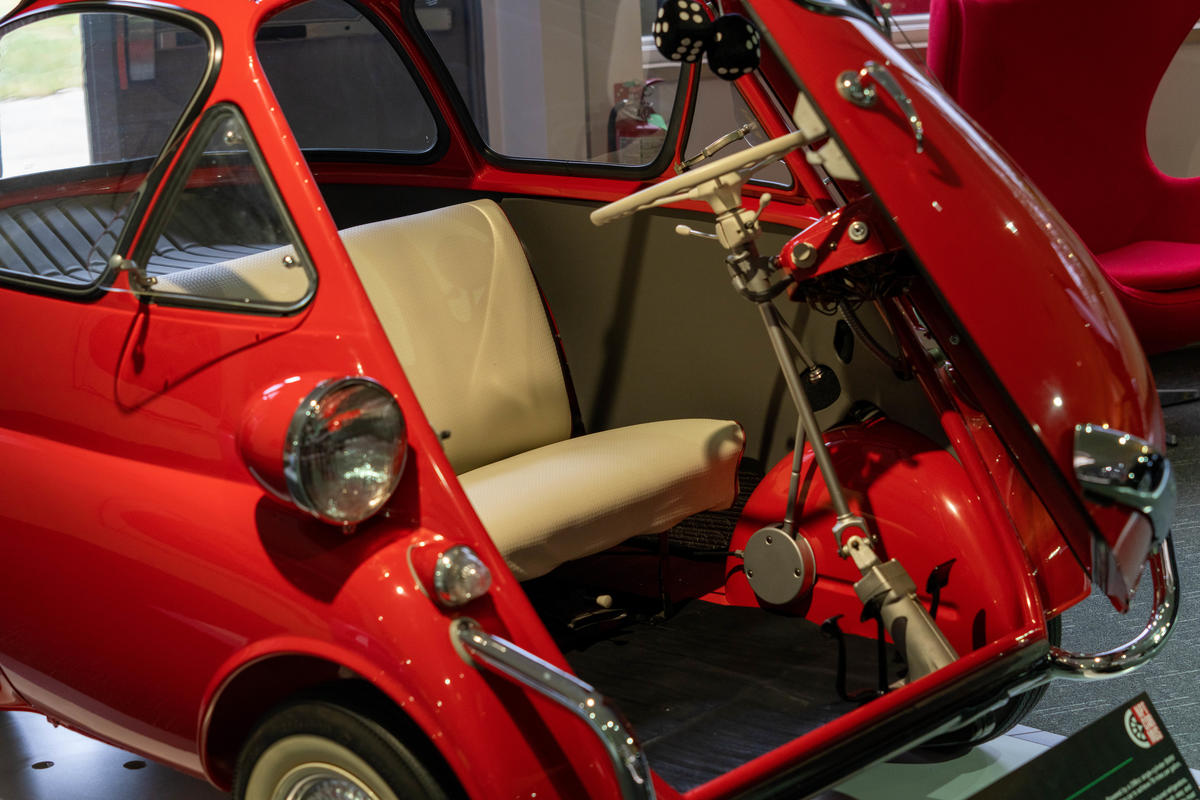 with a steering wheel that moved out of the way so you could get in.

I didn't see Cindy for a bit but then she arrived back at the party with no beer and a bloody forehead. Turns out she was going a little fast at the big corner at the bottom of the hill on Middle Road about a mile from the house. A tree stopped her foreword movement and her head hit the steering wheel. She was shaken up and not pleased that her new car was toast. We went down to look at it the next morning and the whole front was pushed in by the tree. It was towed away later that day. I figure she owned that car for about 10 hours.

What got me into this line of thinking and remembering? I was at the Newport (RI) Car Museum yesterday photographing the cars and they had an Isetta. Photography played a part here as I wouldn't have much to share with you without an Isetta being there and getting me thinking about that night in the summer of 1965.

I hope you're having a good summer. Stay cool.

My undergraduate thesis in 1969 at the RI School of Design was photographs I'd made in a junkyard south of Providence, RI. I've been photographing cars on and off ever since.

In more recent years I have gone to car shows, the small ones in a mall parking lot late on a summer afternoon and big ones including the Summer Nationals in Worcester, Ma and the Yuma Car show in Arizona.

I like the forms as sulpture, the colors and how light moves a cross the shapes. Although I've never been a people photographer sometimes there are things happening that are just too good to pass up. These are few and far between but seem like gifts when they do happen. There are a few in this series.

These images here are not tightly sequenced nor is the print portfolio. We published some of these pictures in the on-demand book called A Year..

Made in June 2014 of antique cars parked on the street in front of a hotel in Oak Bluffs on the island of Martha's Vineyard, MA.

Prints are 21 x14 inches, Other sizes on request.

Blog about this series: http://www.nealrantoul.com/posts/last-weekend-mv-2014