In Aerials in Lousiana I described the first part of my flight above New Orleans and the Mississippi River Delta that I made in mid March 2015.

As we flew out into the river delta we left any sense of civilization behind. I had this strange sense of "forever" even though we were sliding along over this bayou of the Mississippi at 100 mph. It seemed endless and like a dessert. It was strangely quiet and eerie even though the plane engine was loud and the open window was blasting air inside the cockpit. 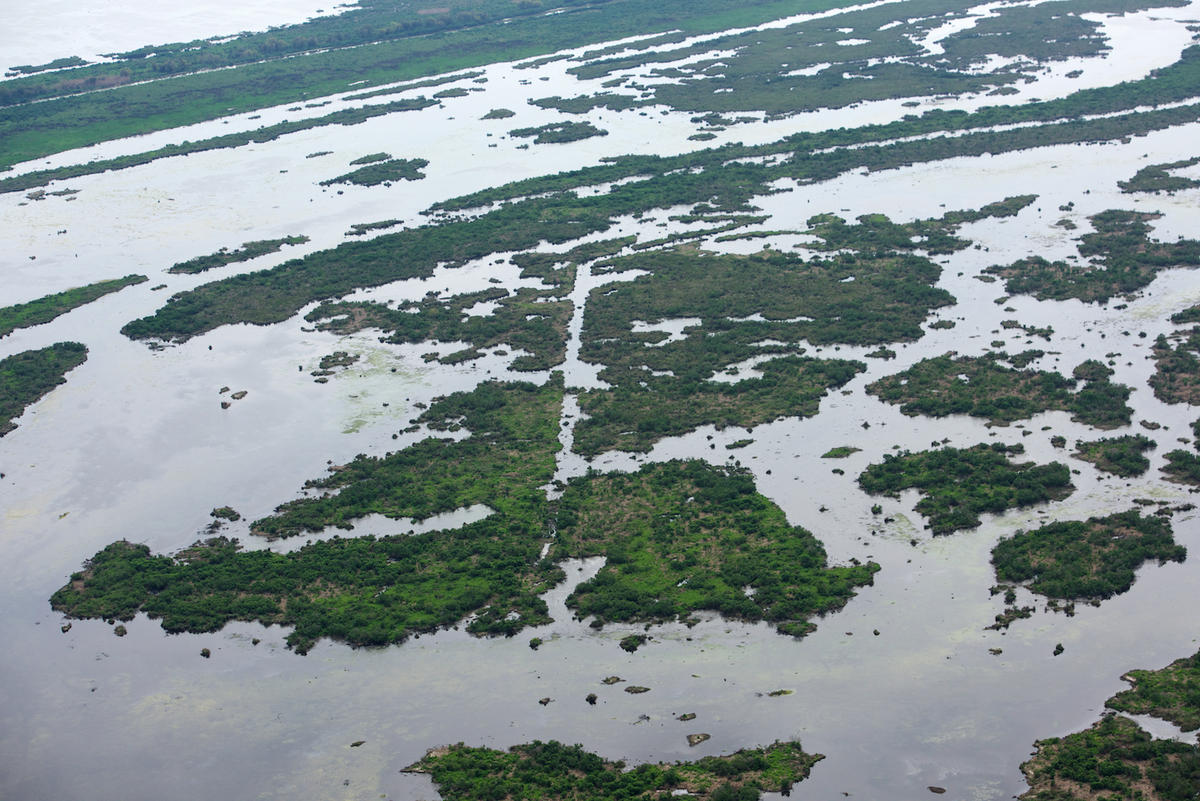 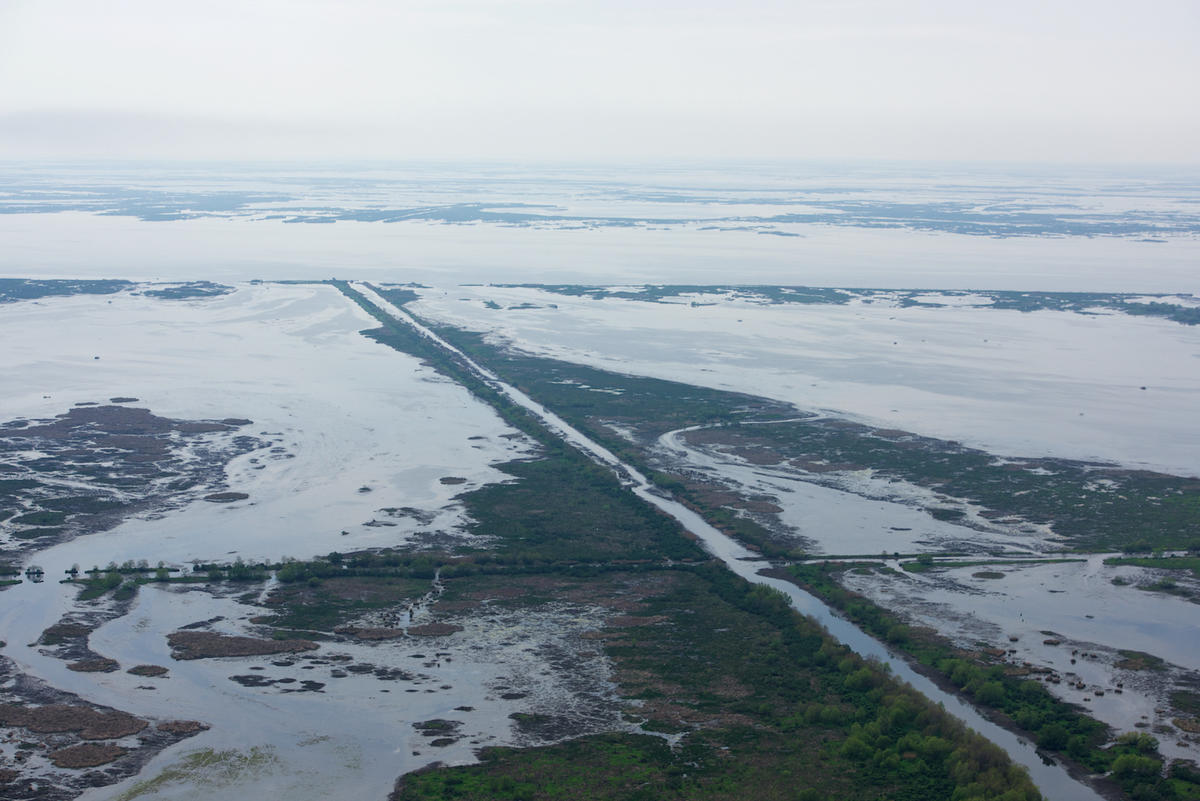 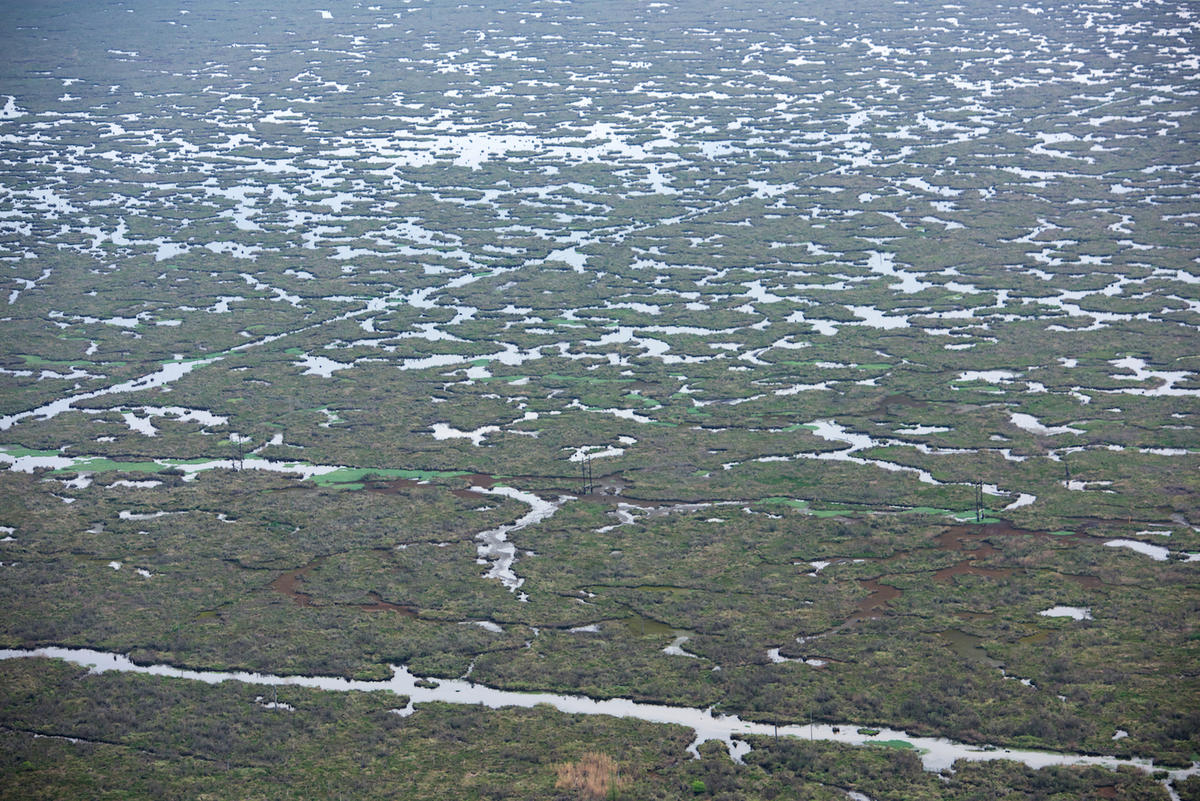 We were now beginning to head back to Hammond, on the return leg of the trip down the river to the Gulf. As we slid along at one point I turned and looked over my right shoulder and noticed the sun reflecting off the water. 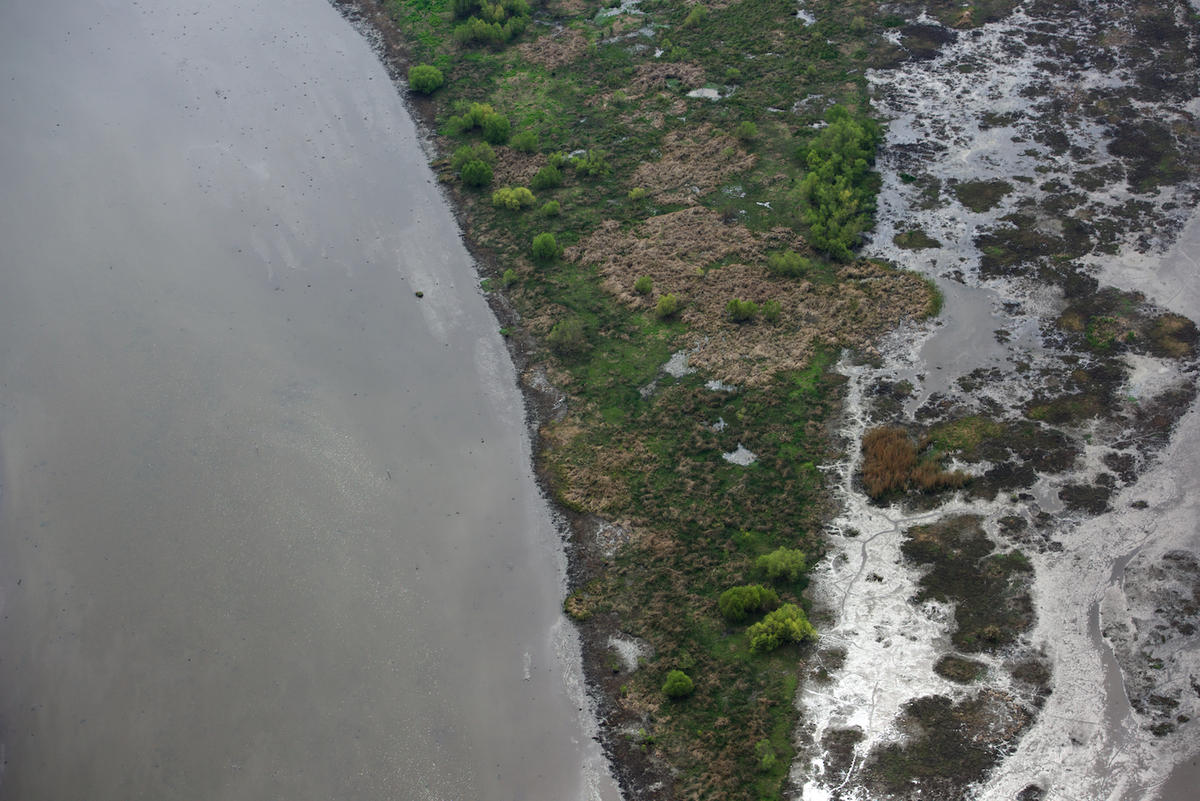 I made a picture and thought that this would tend to push the surrounding scene darker. So, I started to work with this idea, asking Ashley to keep us on this heading for a while. 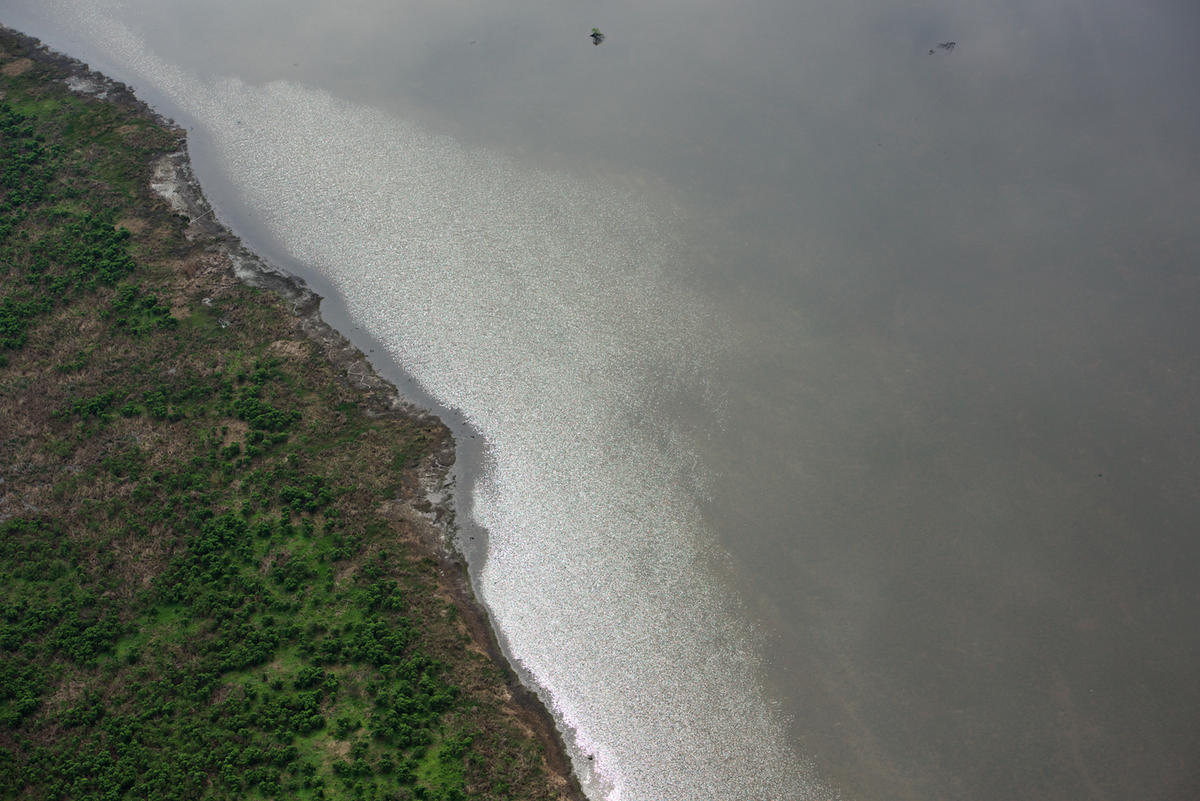 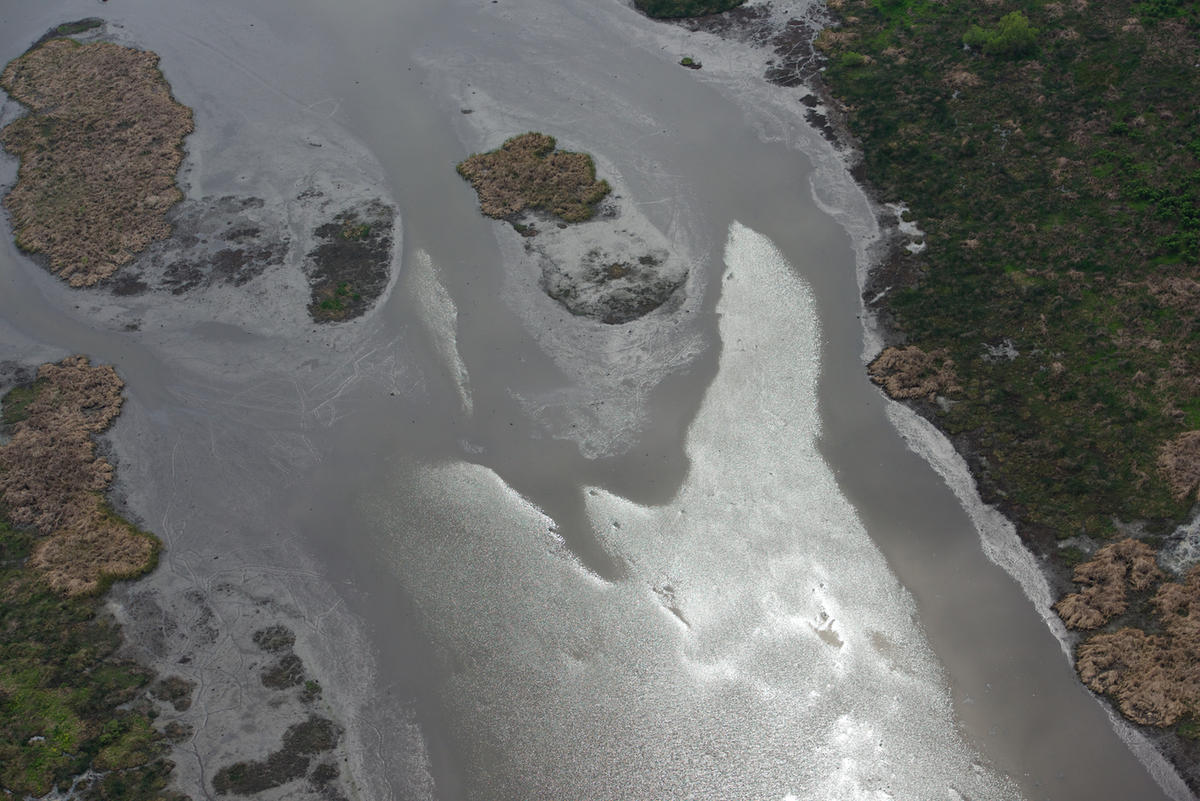 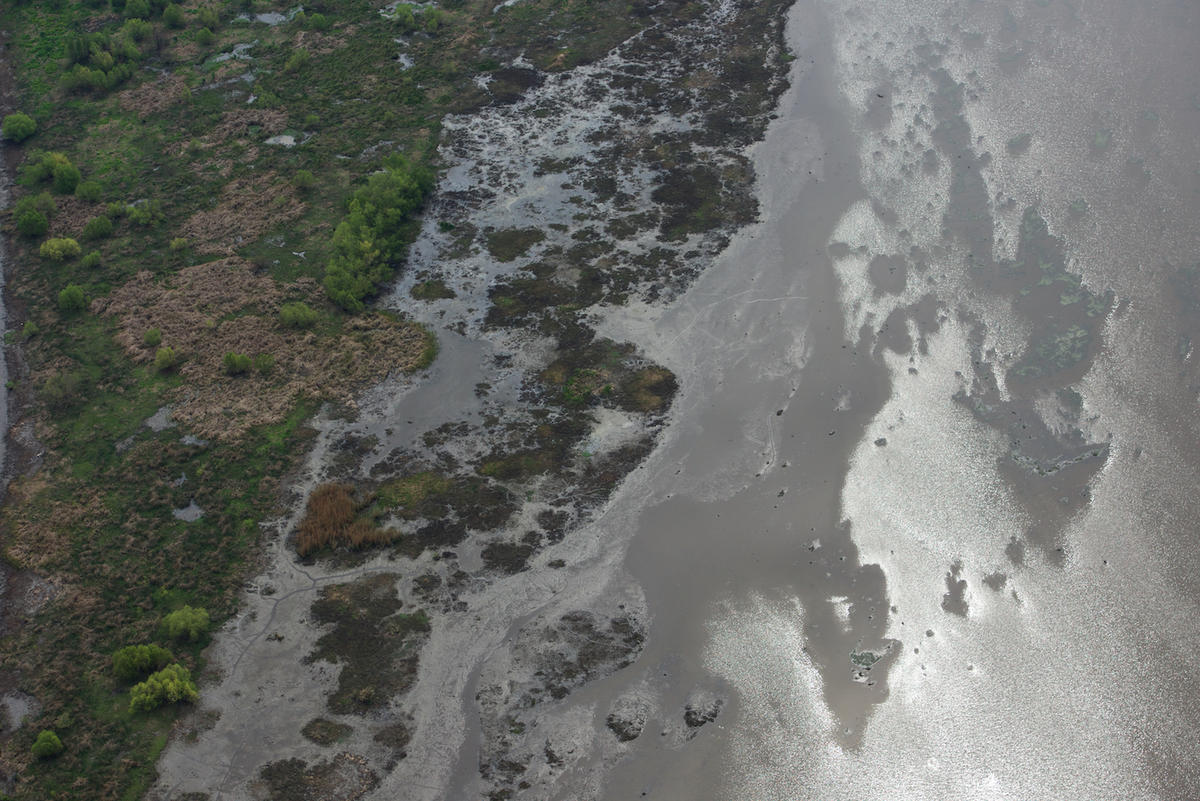 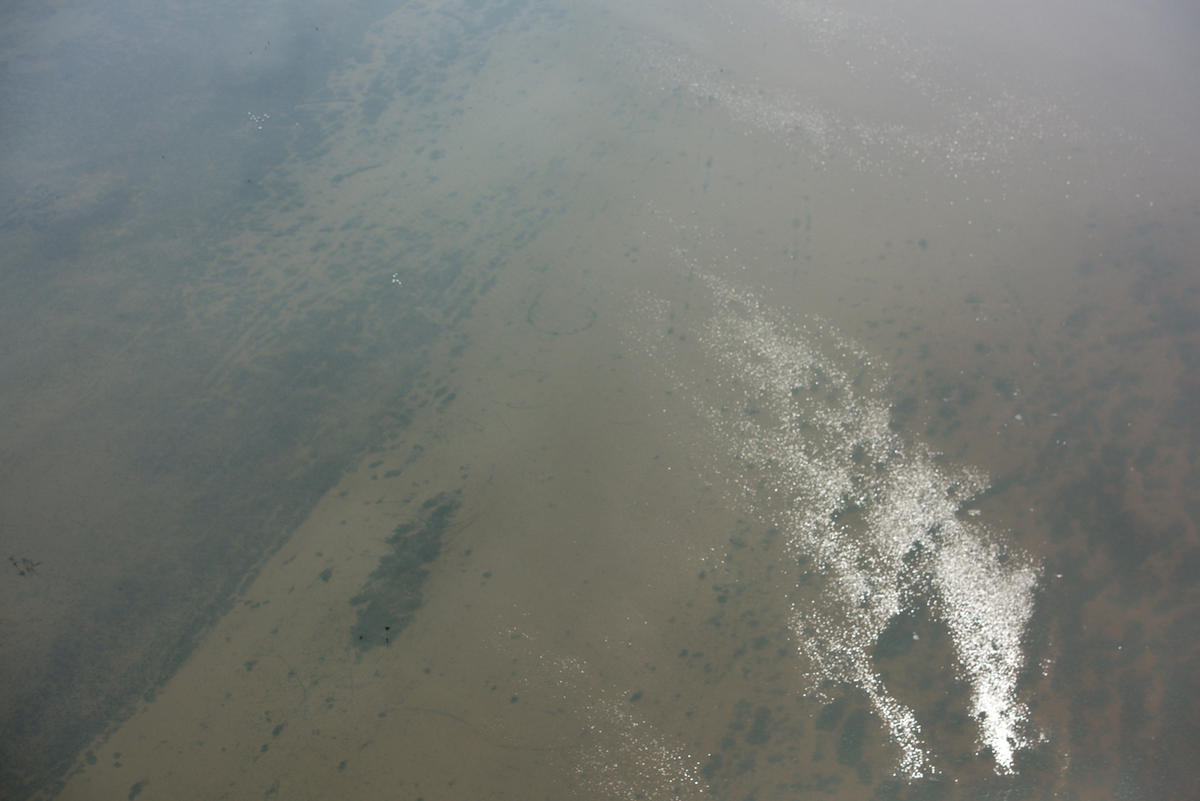 Simple, really, and whether or not profound, "deep" or resonating with you or others remains to be seen but I felt I reached into something more than just what was there. Am I breaking new ground in photography with these pictures? Not so much although I feel I have done this during my career. These aren't going to revolutionize anything, but in my own way I found something in this aerial flight I could claim as a group of pictures I "made" instead of just having "taken" the pictures as factual representations of what was below the plane. If you're an artist, that's it, isn't it?

On the way back I played with the causeway that spans the lake: 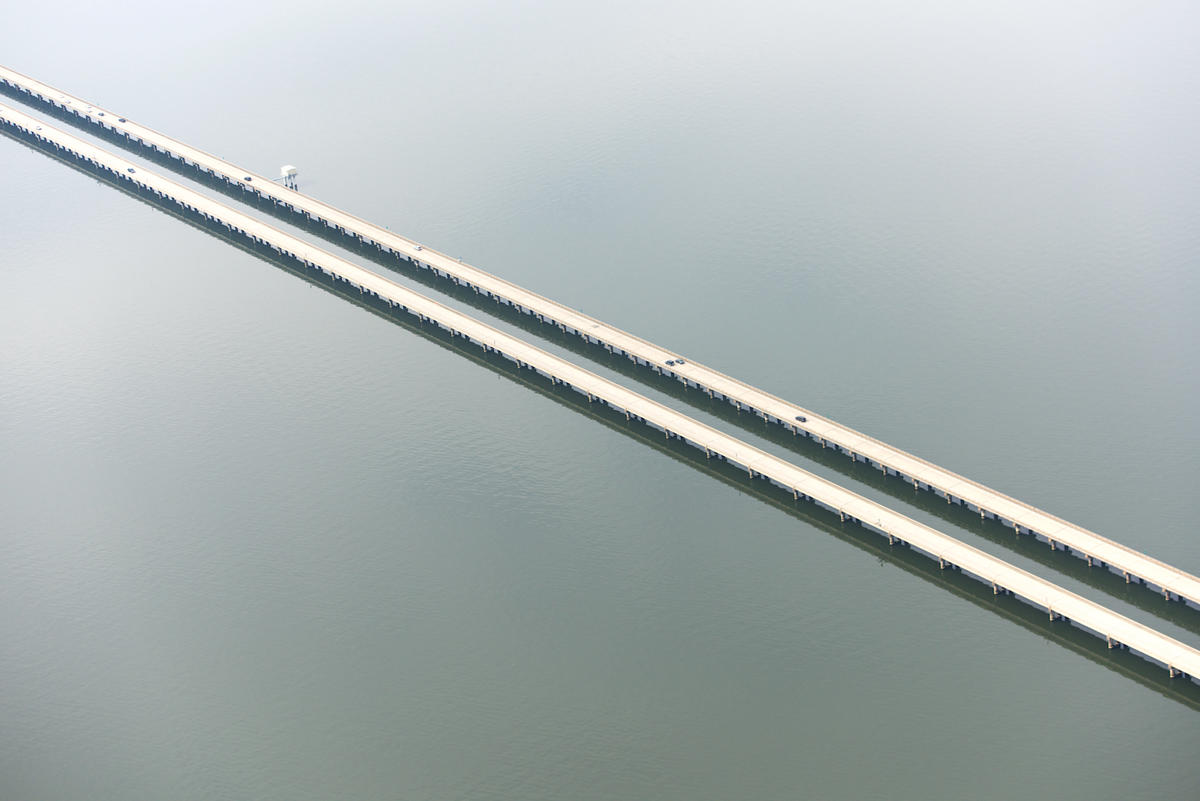 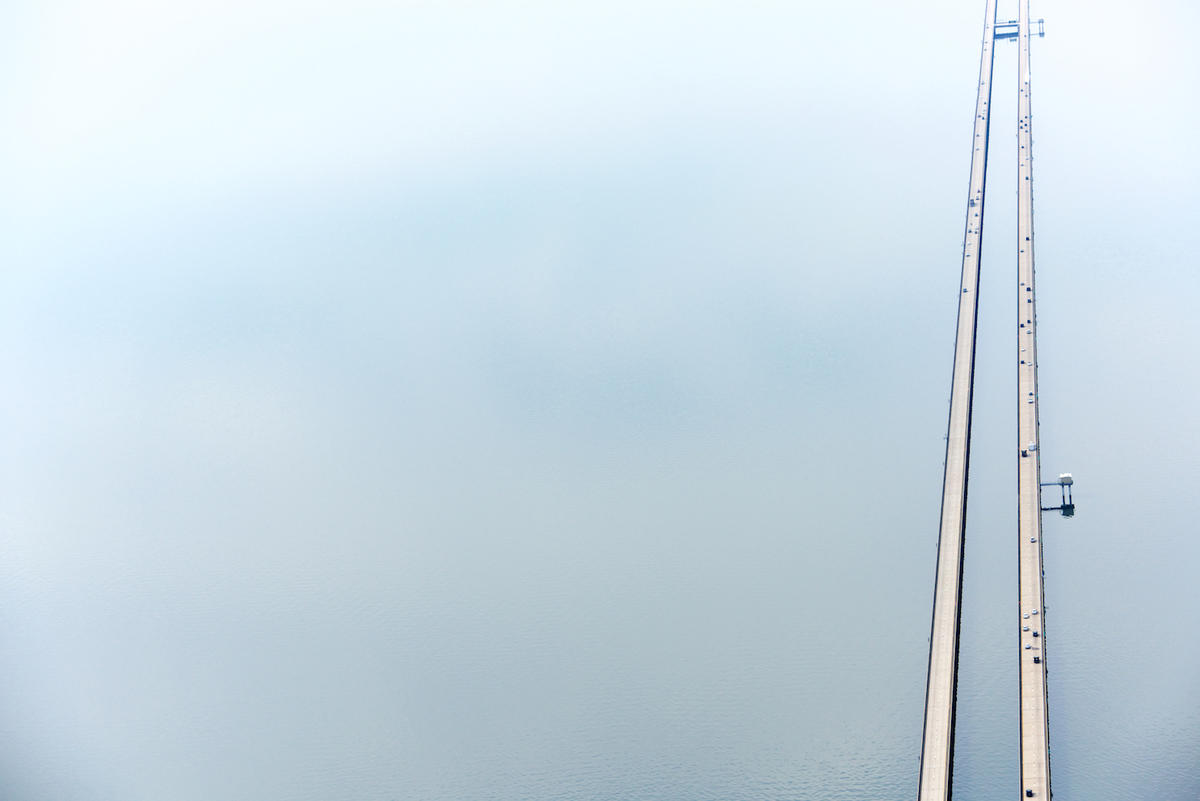 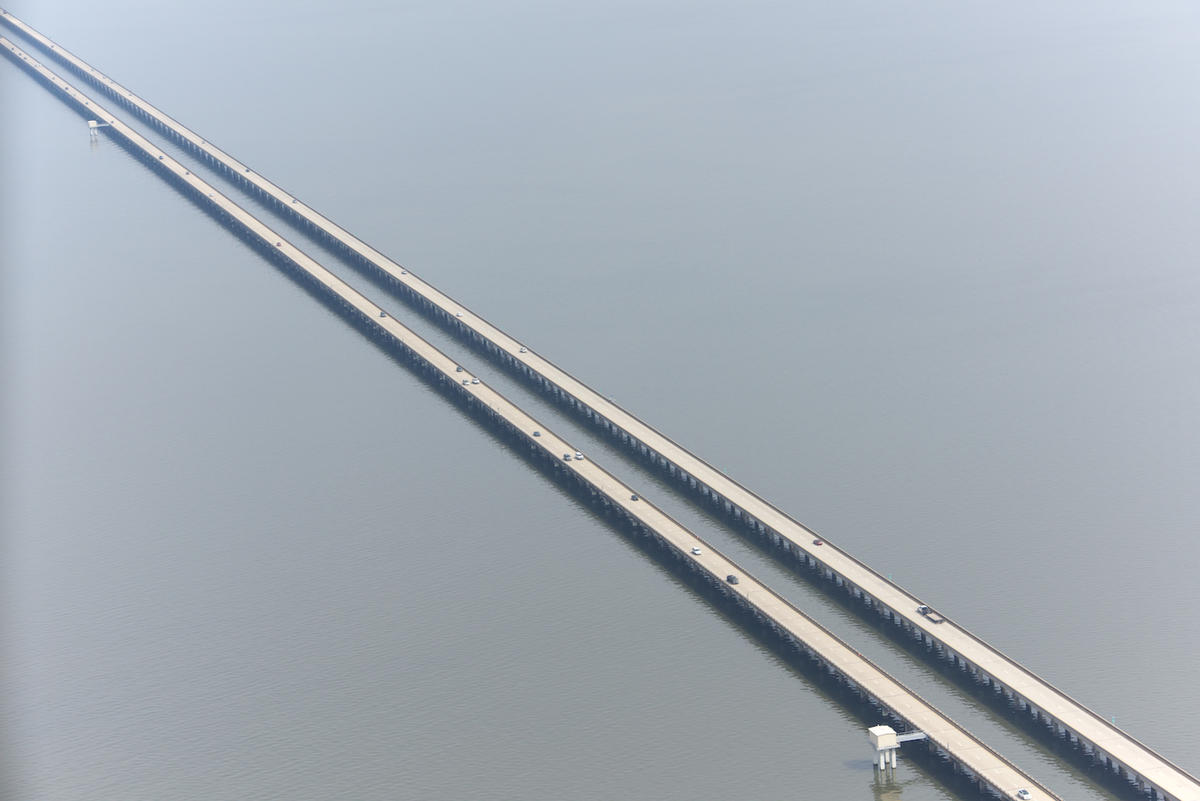 Funny to think you can "play" with something as large as a miles long causeway that spans a lake but you can.

The current show at 555 Gallery in Boston is called " I Love Your Space" and it is curator Susan Nalband's ambitious effort to think outside the box. For instance, no work hangs on the walls. It is a fascinating look at some of the possibilities inherent in contemporary photography and I am honored to have a few pieces in it. It is up until April 18. Check it out and let me know what you think. A few already have.