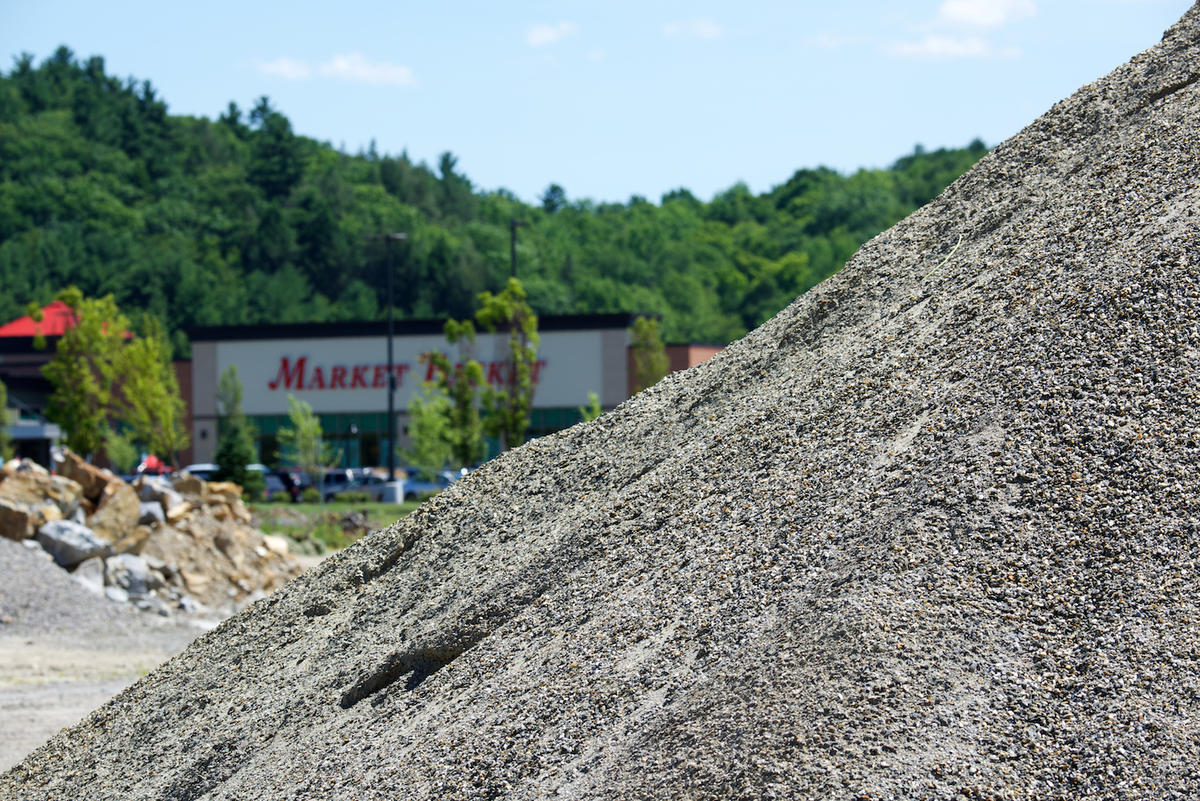 (Note to readers: I  have written the following short story about a fictional character named Marc S. Meyer. He simply does not exist. The new photographs do exist and were made by me over the past month or so. Why all this subterfuge? Think of this as an author who writes under a pseudonym. I call this "Photo Fiction" and it allows me to get into the head of a different character and to photograph with a different emphasis. The other two portfolios of Marc's do exist as do the corresponding blogs about the work  and are viewable on the gallery page of the site, listed under Marc S. Meyer.  This is the first time I've come clean with who Marc really is, or isn't. As there are now many more readers of this blog it seemed  disingenuous to continue the pretense. I have just added the pictures to the website and they are here. Needless to say, I am very interested in your reaction to all this. Please feel free to respond at Neal's email)

I’ve written before about Marc S. Meyer, the young photographer who made the portfolios Beach Club and Baldwinville.

We haven’t heard much from Marc for a couple of years and since I am serving as his spokesperson for his work I wanted to bring you readers up to date. If you remember, I agreed to take on his work within my site as a way to promote it and allow larger numbers of people to see it. One of the reasons Marc is as private as he is, is that he has a condition that tends to keep him out of the public’s eye. Marc has given his approval for bringing you into this a little as it is important in the context of understanding his work. Just suffice it to be known that part of his condition has a physical manifestation and therefore his privacy is of a large concern to him.

Marc’s condition is also a progressive ailment in that as time moves on he will decline and eventually he will die from it. Despite this we’ve seen the quality of Marc’s work and know his intelligence, drive and devotion. But also, considering the limitation imposed on him by his disease, he has been working to make a body of photographs that is the culmination of his oeuvre, as he knows time is running out for him. In the past couple of years Marc has been very sick a few times so his future is unknown.

In brief, this may be the last complete body of work we will get from Marc S. Meyer.

Let me see if I can accurately characterize Marc’s intentions with this new work. It is fascinating to learn his thinking behind his process. He wanted to work within his discipline of photography to minimize and partially deny content to allow his intent to come through. Obviously, these are emotionally charged pictures but they are made without so much as a hint of emphasis prescribed to the actual subject. He has always been a proponent of the thinking that goes, “What if I…?”, that innate curiosity that makes his pictures so compelling.

Marc tends to think of the world out there as a canvas in which to make his photographs. Not exactly a blank canvas, but adaptable to what he wants to say, malleable and formable to his intent.

Marc understands that to be a subtle and quiet revolutionary is never easy.

There's really no other way to say this than to lay it out: Marc chose a gravel pit across the way from a new Market Basket supermarket in Athol, MA as his subject. Nothing could be more enigmatic or better. Gravel, dirt, sky and perhaps a little of the surrounding hills in the background. That’s it. The photographs are beautiful, and we expect this from Marc, but they are also empty and carry minimalism to its logical conclusion while staying firmly within reality-based practice. Is this Marc dealing with the void left after he dies?

Or is this Marc taking us someplace else, perhaps reaching farther than the mundane nature of shopping for food or looking at a gravel pit? No answers are given. But we are forced to place this work in the context of his other photographs, which in review now take on a larger significance, these empty and abandoned places. The new pictures, made in summer on sunny bright days with deep blue skies seem counter to the earlier work but in this context, they take on something more sinister.

Marc gave his permission for me to ask his wife, Theresa, for an interview as they are very close, almost collaborators on his projects. I met Theresa for coffee one morning in rural Maryland where the couple lives with their 4-year-old boy, Jonah, who was in day care at the time. Theresa is a significant force on her own, trained as a research biologist with a Ph.D. in molecular biological functions from UC Berkeley.

Theresa is clearly very much in love with her husband and it became apparent as we talked that she was as committed to this project as he was. I asked her how it all started. Marc had followed the story about the Market Basket company a few years earlier, a Massachusetts based supermarket chain that was involved in a hostile takeover by one family member over another. This was the case of the Demoulas family, with the company employees striking to disallow the change over as they were loyal to the original owner. It is a case now studied at the Harvard Business School as it bucks present day trends. The company is back in good health with its original owner. In fact, it is expanding. Hence this new store in Athol, a small town a little over an hour west of Boston.

Theresa told me that this turned out to be a perfect site for Mark as he wanted the resonance of the back story of the attempted takeover of the Market Basket to inhabit the pictures he made. Initially, he photographed the site under construction, to directly confront both the company’s issues and his own. After obtaining permission to photograph the complex under construction (the company was very helpful in this regard) Marc grew increasingly concerned that this was not the right approach. Remember, he was driving back and forth from Maryland to make these pictures.

Each trip he would think about what he was about to do and on the return what he had just done.

The project wasn’t going well and, remember, his health was a constant player in these trips he would take. Theresa said he had a breakthrough one trip. Construction crews started to clear a site across the way from the supermarket which was almost finished. Graders and loaders were at work to first clear the land but then massive amounts of gravel were being trucked in. The crews were building, what looked like to Marc, mountains of gravel, piles of different types, some almost black, some almost white. He started to photograph them right away.

Theresa remembers that time well as Marc was re-energized, excited to be heading back to photograph every couple of weeks, shocked to see a mountain disappear on one trip only to be replaced by another made of a different kind of gravel. He told her one night laying in bed that he felt he’d found it, he’d arrived at some place in his work that would allow him to share his perception of the actual world and conveying in his pictures something other worldly as well. This, he felt, was what he’d been after all along, to take the inane and ordinary and imbue it with meaning, both personal but also universal.

With thanks to Theresa for talking to me, when I got back home, I next drove out to the site to see what this was all about. As you might predict, what I saw was mounds of gravel in an empty lot. No magic, no universal truth, only gravel, green trees and blue sky. Nada. To think that Marc S. Meyer could get meaning, beauty, substance and universality out of these mounds of rock is just unbelievable to me.

How can you charge or load photographs? Can you build or imbue your pictures with a back story or some context so that they will matter? How do pictures made by a very ill artist of some gravel in a parking lot across the street from a new supermarket in rural Massachusetts make any sense? Is it the nature or the outright enigma that conveys something? Or is it all so anachronistic as to be meaningless?

Of course, the simple answer is that it all needs to be in the pictures, that the true art in Marc’s approach needs to lean little on the conditions around the making of his pictures. Wouldn’t Marc’s inherent abilities suffice?

On the other hand, one thing’s for sure. If you read what I’ve written carefully and retain the story in your mind, then go to the pictures to see what they look like, you are altered in your perception, biased in fact, by what you’ve read. Is that what Marc’s doing here?

I can’t answer all these questions for you but I can urge you to look at the work, to see if you can align his thinking with your reaction.

Personally, I find the pictures very powerful, as though all that weight of that rock mined from the earth and crushed into gravel makes some kind of bond in an allegory to the weight of Marc’s physical condition bearing down on him.

Add in some tangent in the story of a supermarket chain’s failed takeover and you have a rich stew of precepts carried into the work, visually pure and minimal pictures about as close to the core of Marc S. Meyer as anything he has done or will ever do.

* The Beach Club, Baldwinville and now the Gravel pictures exist as separately printed portfolios and can be seen at my studio in Boston. Please contact me directly nrantoul@comcast.net to arrange an appointment to see these works.

My blog posts about Marc’s work and a brief biography are here:

South Woods Farm is a bankrupt housing developmentt on the island of Martha's Vinyard outside the town of Oak Bluffs. Two model homes were built out of the 26 planned. They are now abandoned.

Update: The property was sold in 2015 at auction. As of spring 2016, nothing new has happened. No new construction and no new landscaping.

Update to the update(summer 2017): one new home is being built and one of the derelict model homes is being renovated.

Want to see this work? Contact the artist at  nrantoul@comcast.net