Laurie Anderson sings "days go by" in a powerful refrain in the song "White Lilly". Nothing could be more true when spending time in the wonderful island called Martha's Vineyard.

This 25 mile long island off the coast of Massachusetts is its own world, of course. Anytime you spend time on an island the mainland fades away. Spend three straight weeks here and you have an isolation that not only has you forgetting about traffic jams, the hectic pace in the city and deadlines but also the world outside the island  all together.

With a constant flow of house guests and driving them to and from the ferry, trips to town to shop for food, hikes on the beach and on inland trails, long discussions after a meal sitting at the dining room table or clearing space to look at a box of photographs, time seems suspended in a never ending cycle of days that "go by" one after the other in a sort of blissful haze of activity that is fast paced but where they all blend together too, different but the same really.

Somewhere in there, as I carve out space to work, I have ongoing photographic projects I need to attend to. There is the tree in Aquinnah that needs my attention on a daily and seasonal basis: 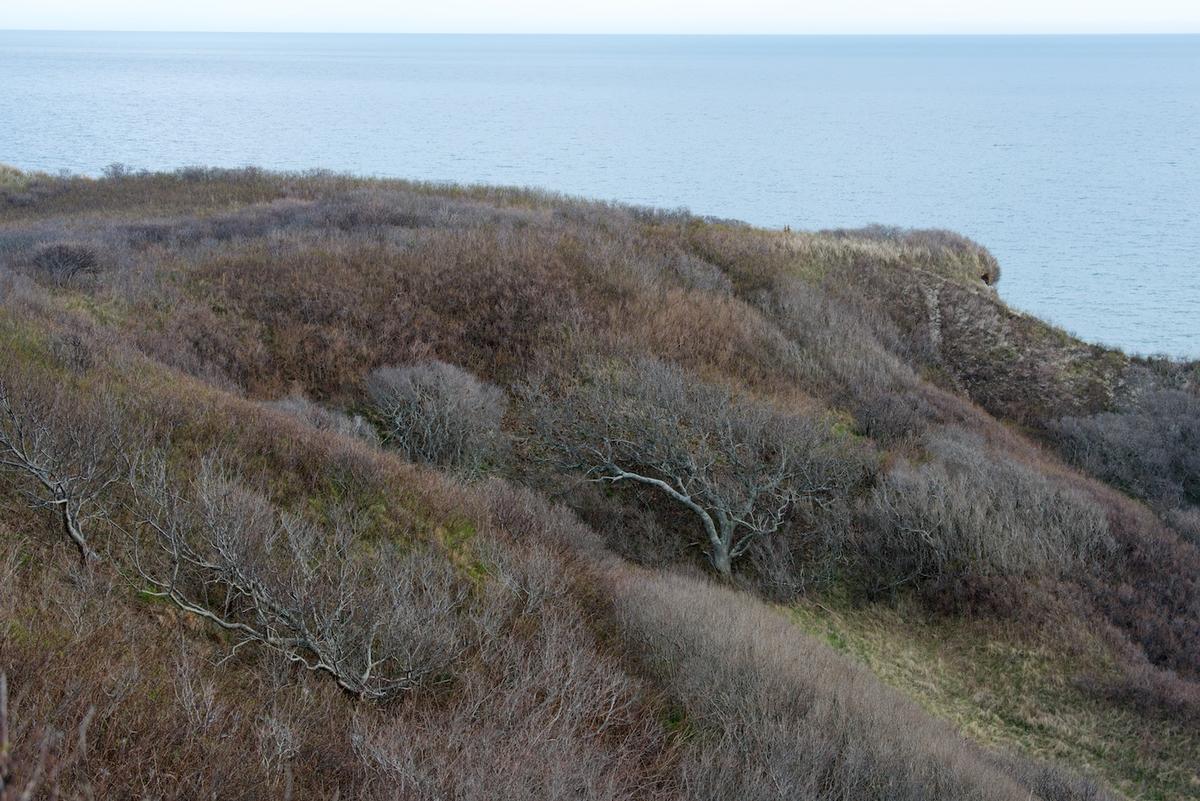 There is the building of the fish pier in Oak Bluffs: 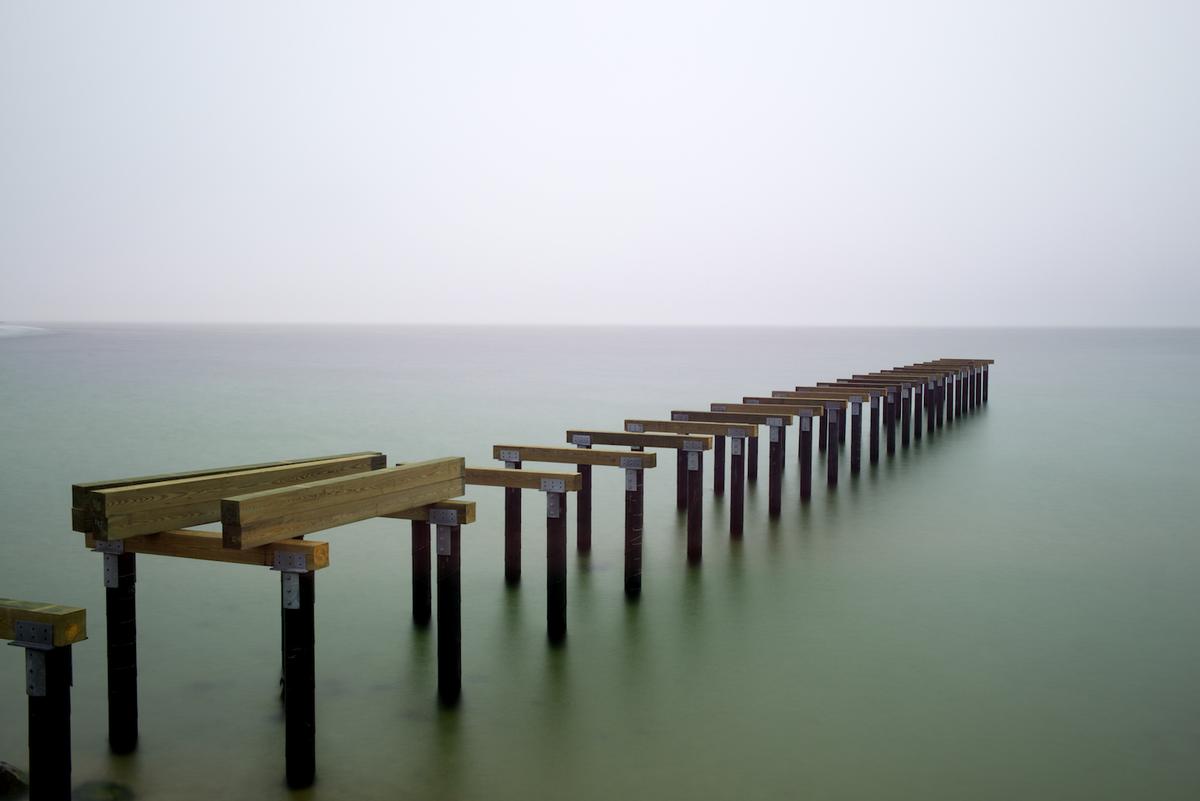 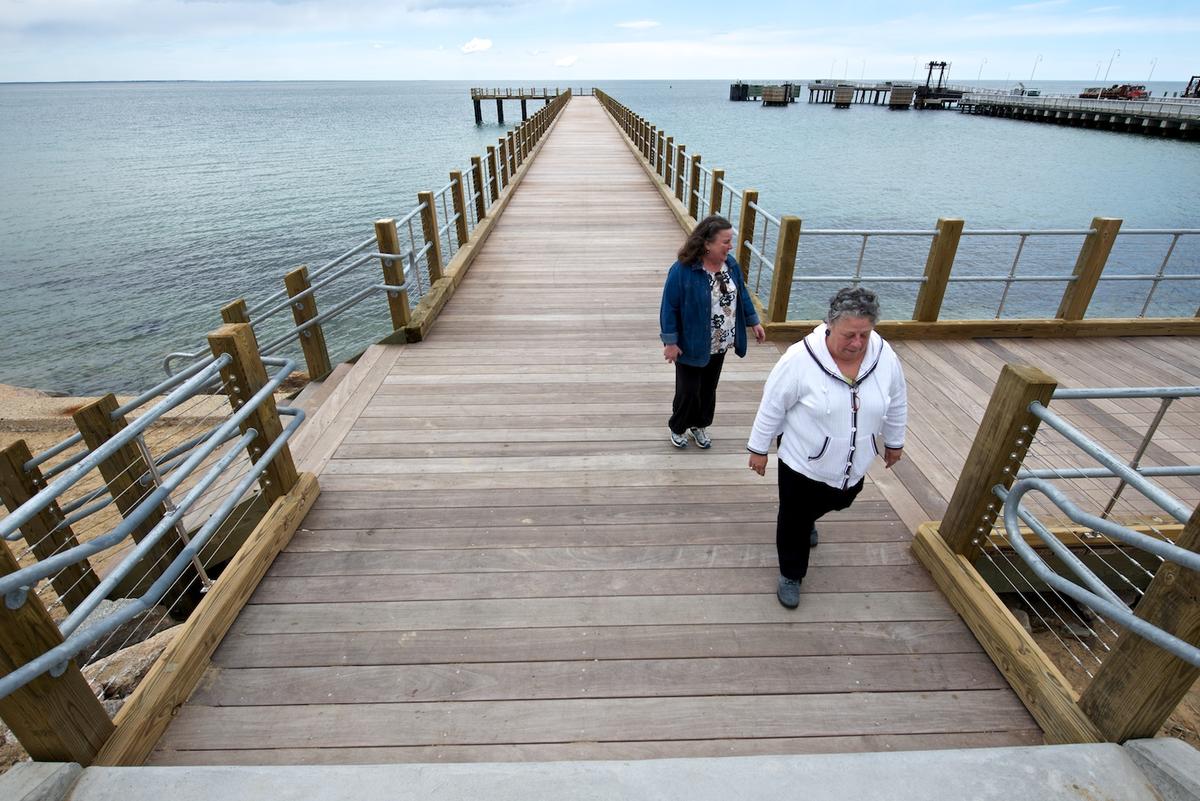 Finally, there is some work to try to figure out if there is merit in making pictures of some trees across a field that I first photographed in a photo class in 1968! 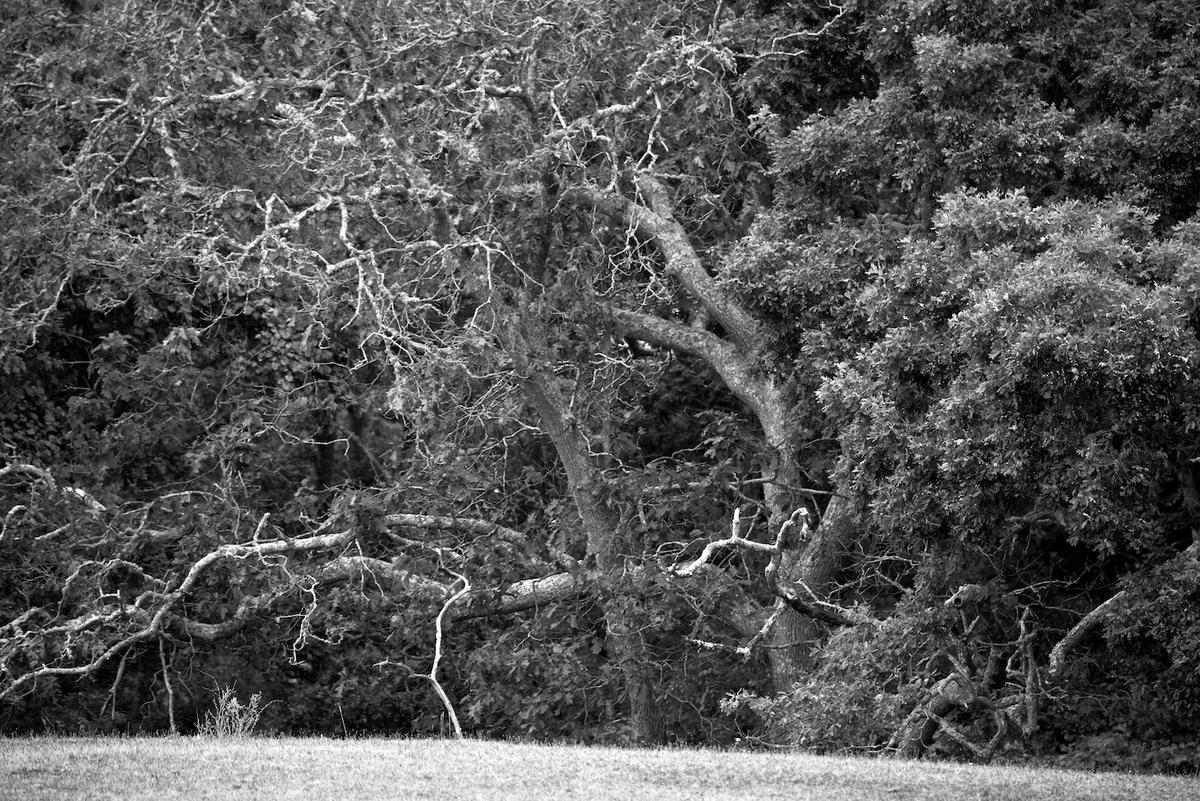 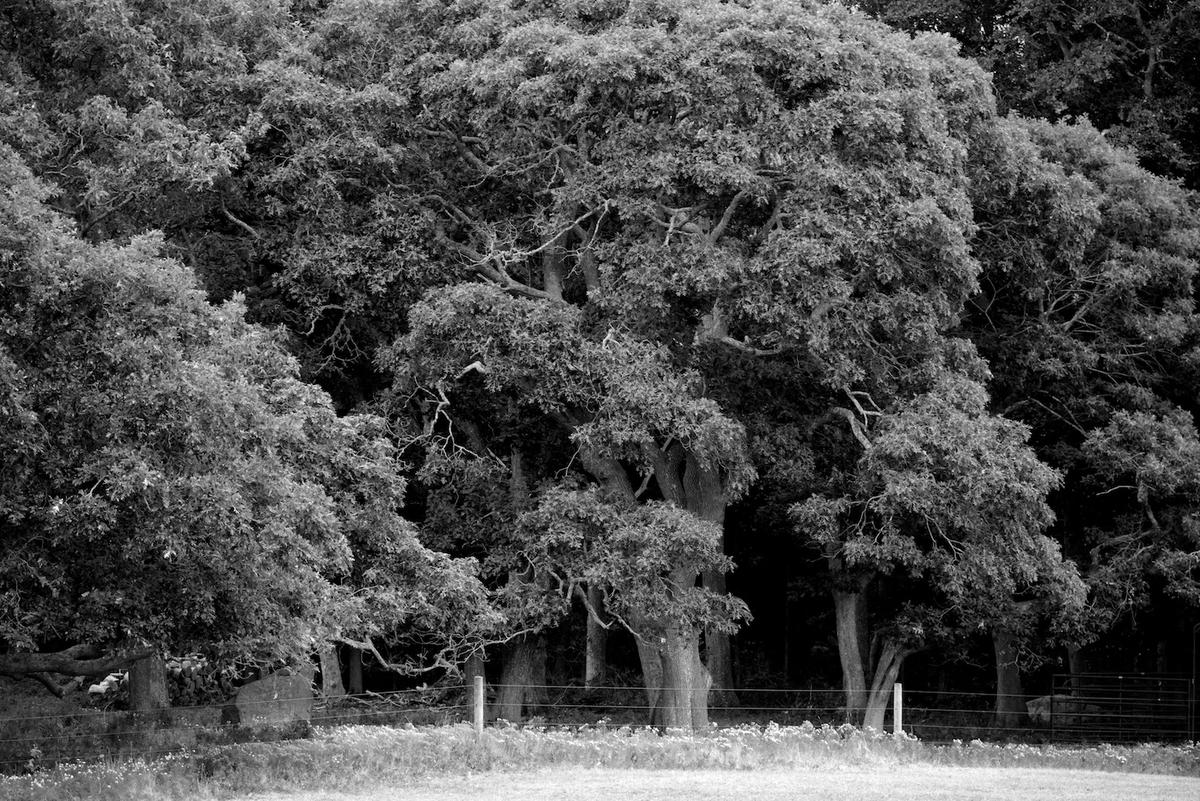 Ancient history I know, but true. In case you have trouble doing the math that is 46 freaking years ago! OMG!

I was taking a 4 x 5 intro class and thought that it would be good to come here to the island to make my first pictures. I hauled the school's Calumet view camera to the island in its fiberboard case, loaded the holders like we'd been told in class, set it up on the tripod in front of these same trees and made several exposures. Back at school in the gang darkrooms after a weekend on the island, I developed the film and made 4 x 5 inch contact sheets. In each frame along the center bottom of the image was the rail of the view camera, sticking into the image as a blurry reminder that it might be a good idea in the future to look over the whole image portrayed back on the ground class.