I wonder if you photograph where you live. Of course, if you shoot still lifes you may very well photograph where you live in your studio. But if you shoot outdoors, do you walk the streets in your neighborhood and photograph close to home? I don't. In fact, I don't really know my neighborhood that well. I'm not a walker, I don't have a  dog and I drive or bike most everywhere (I know, driving everywhere is not so politically correct these days).

But, in 1994 I did something very different for me. I made a series of photographs in Cambridge, MA where I live that, although they were not in my immediate neighborhood, were made not far away on the other side of town. 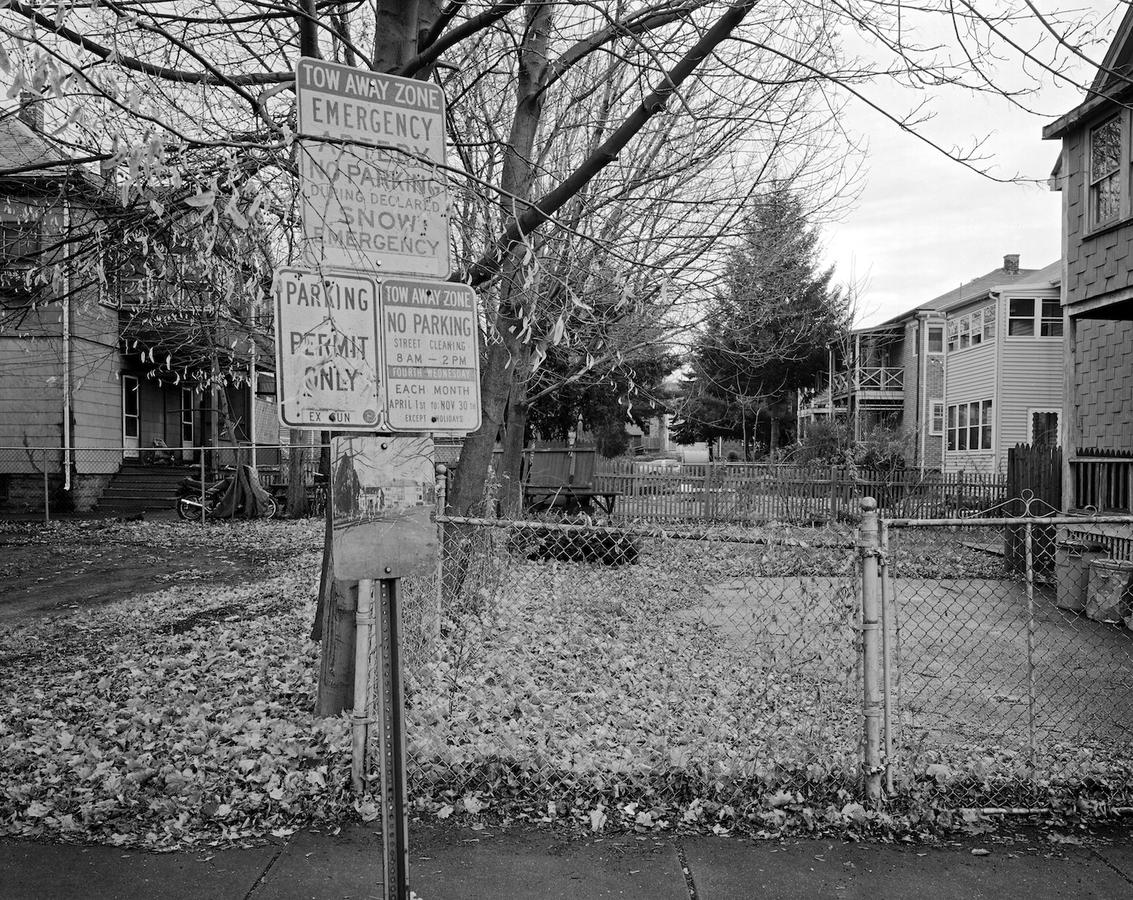 I also made them using the 8 x 10 inch view camera. Imagine someone walking around your neighborhood with a huge view camera on a tripod, plunking it down in front of your house, going underneath a black cloth and fiddling with things, the  guy probably muttering to himself, pointing a  gun-like thing at the house and making some adjustments to the lens in the front of the camera, inserting some big flat black thing in the back of the camera, pulling out a slide of some sort, pushing a cable release and then reinserting the slide, throwing the camera over his shoulder and moving on down the street, only to repeat the same process in front of someone else's house. OMG! Call 911! While this is now 20 years ago, I can safely say no one bothered me the whole time. Before September 2001 people were far less worried about stuff like what I was doing. 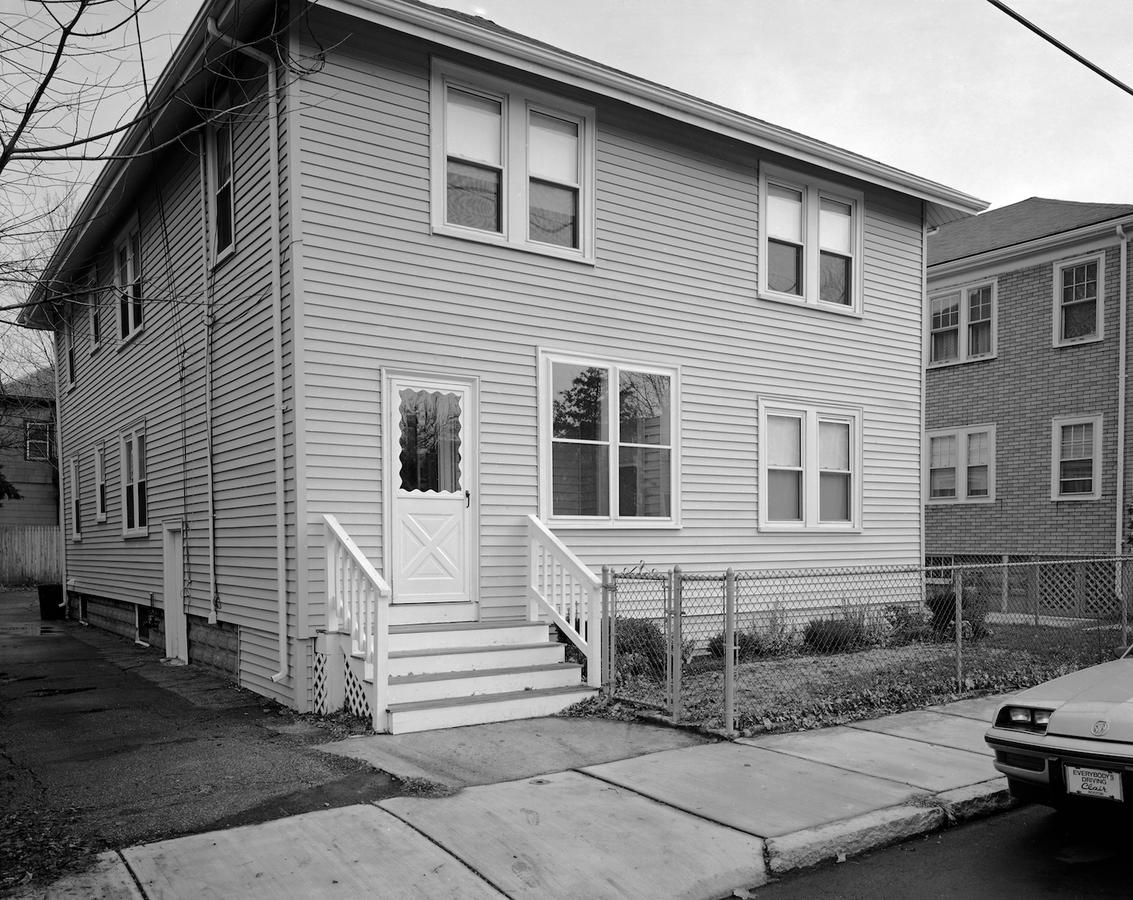 Over three weeks in the fall of 1994 I did just that, while teaching and going to my ever present meetings. I was working at this project. This was a brief but intense time to make a series, particularly with the big camera. This was also a time I was not making my regular series work, as I'd sold the camera I used for these to buy the 8 x 10 ten years before. And for the all the reasons described in the paragraph above, I didn't use the 8 x 10 to make series work.

Except in Cambridge in the fall of 1994.

Since the project was close by, I did shoot and then have film processed while I was working on this new series. This was not typical for me in those days, to be able to track what I was doing while I was doing it. So often I'd be in Italy or across the country someplace, making pictures. We take this for granted now, of course, with screens on the back of our cameras and our laptop computers nearby. While I don't like the camera screens much, I really like seeing my work at the end of a long shooting day on the screen of my laptop, wherever I am.

At any rate, the Cambridge Series I made in 1994 was a very big deal in Neal's world. It was really good work, if I do say so, but exceptionally quiet in that these weren't flashy pictures, in fact, so quiet and unassuming it is almost as though the photographer and the process weren't there. The prints are 24 x 20 inches, larger than most series work either preceding these or following them. They are black and white darkroom prints that are archivally  processed, painstakingly developed in trays and finished in a selenium toner bath. I made these with Ilford's XP1 film, a black and white chromogenic film (meaning it was a monochromatic color negative film processed in color chemistry). Much of the  80's and 90's Ilford sponsored my 8 x 10 work with great quantities of film as I was known as a "field tester" for the company. 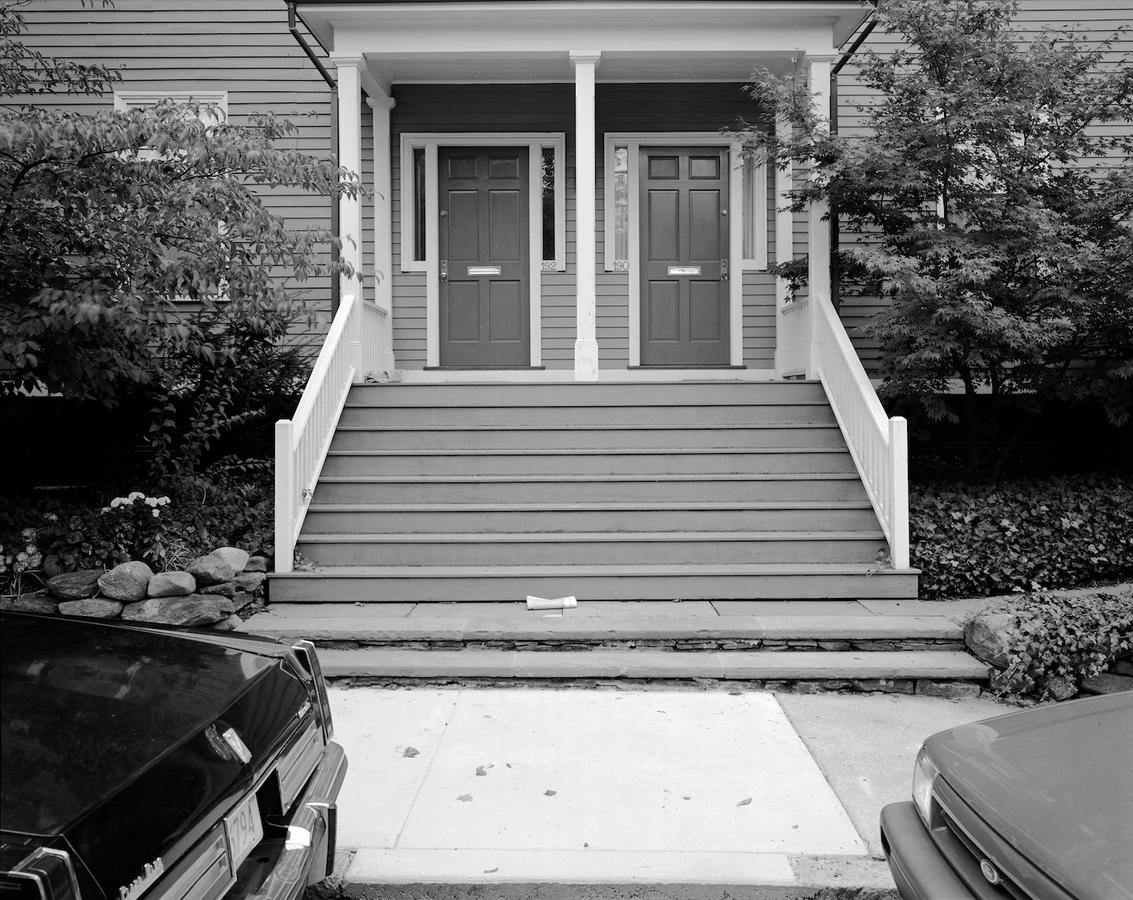 This characteristic of the "art" being subdued and the content coming through loud and clear is a core value of mine in much of my photography, particularly in much of the 8 x 10 work. What if: What if the tool you used to make your art was so good, so clear, with such high fidelity that it, in effect, went away? What if what it rendered was so there, so present that there was really no obstacle to your viewing the thing being shown? What if the point was just that, to show and really derive the sheer facts sitting there on the print right in front of you? In effect that this content and clarity was actually the art? What if the tool used became not important or seemingly not significant as it left no apparent signature? That fantastic transparency or neutrality is a major reason why I lugged that thing around for over 20 years. 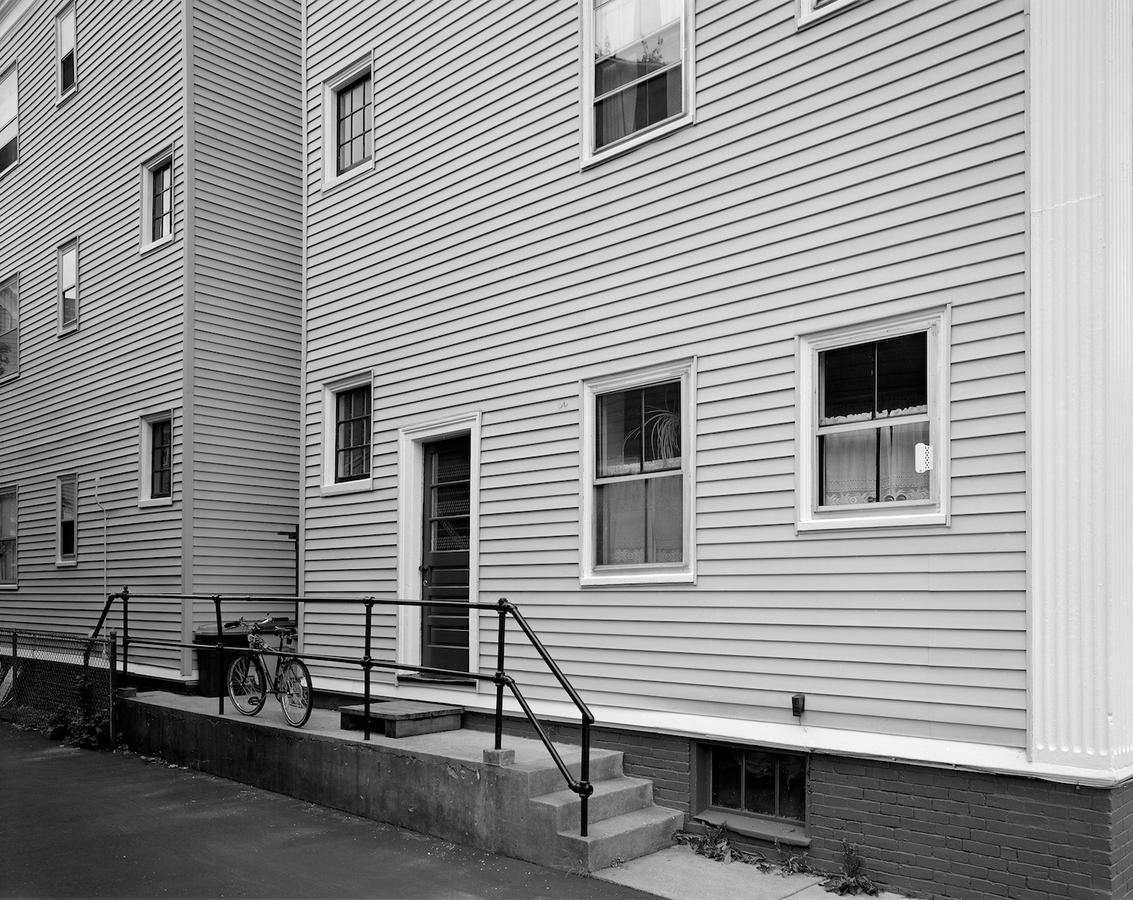 As the actual prints are 20 x 24 inches the size allows you to see all the subtlety inherent in the image. I was just teaching this principle to a student at Penland two weeks ago but, in a photograph like the one above, I used the Scheimpflug principle to contain sharpness along the oblique angle of the face of this building. 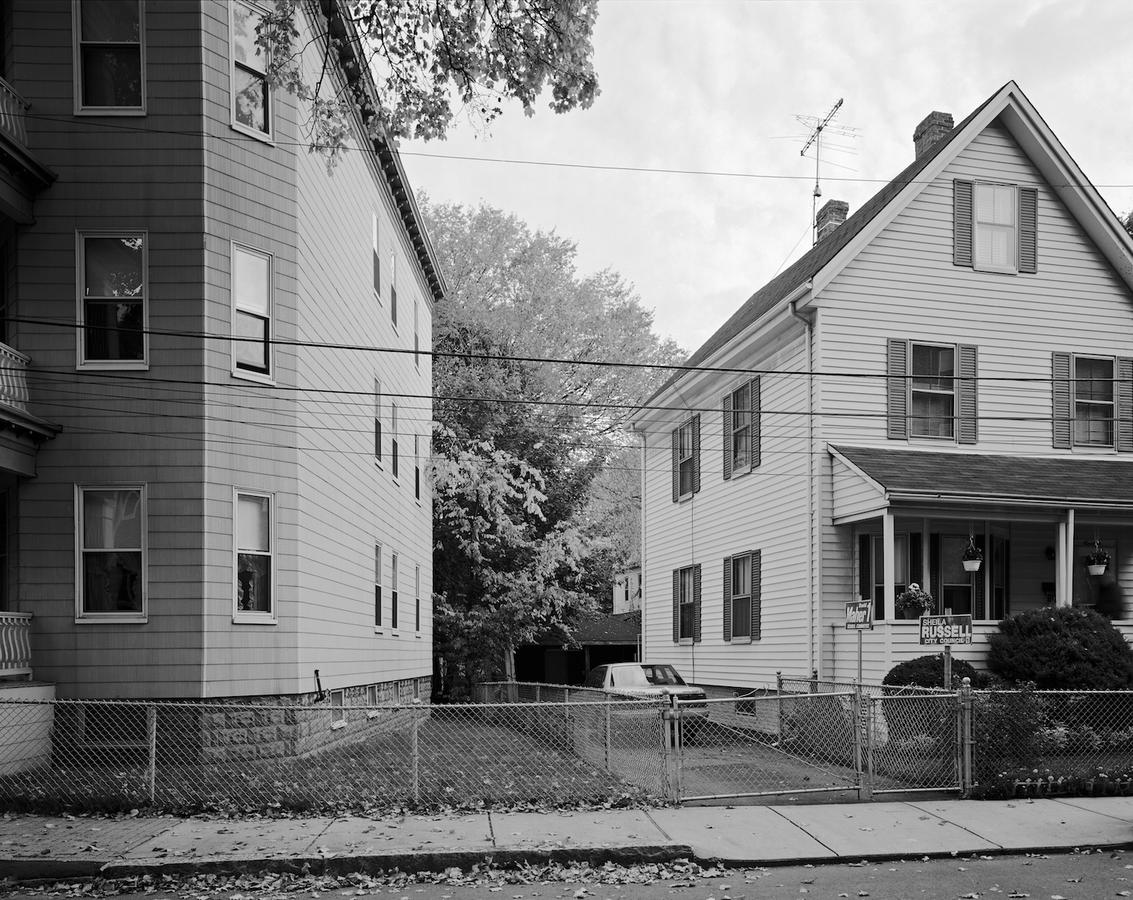 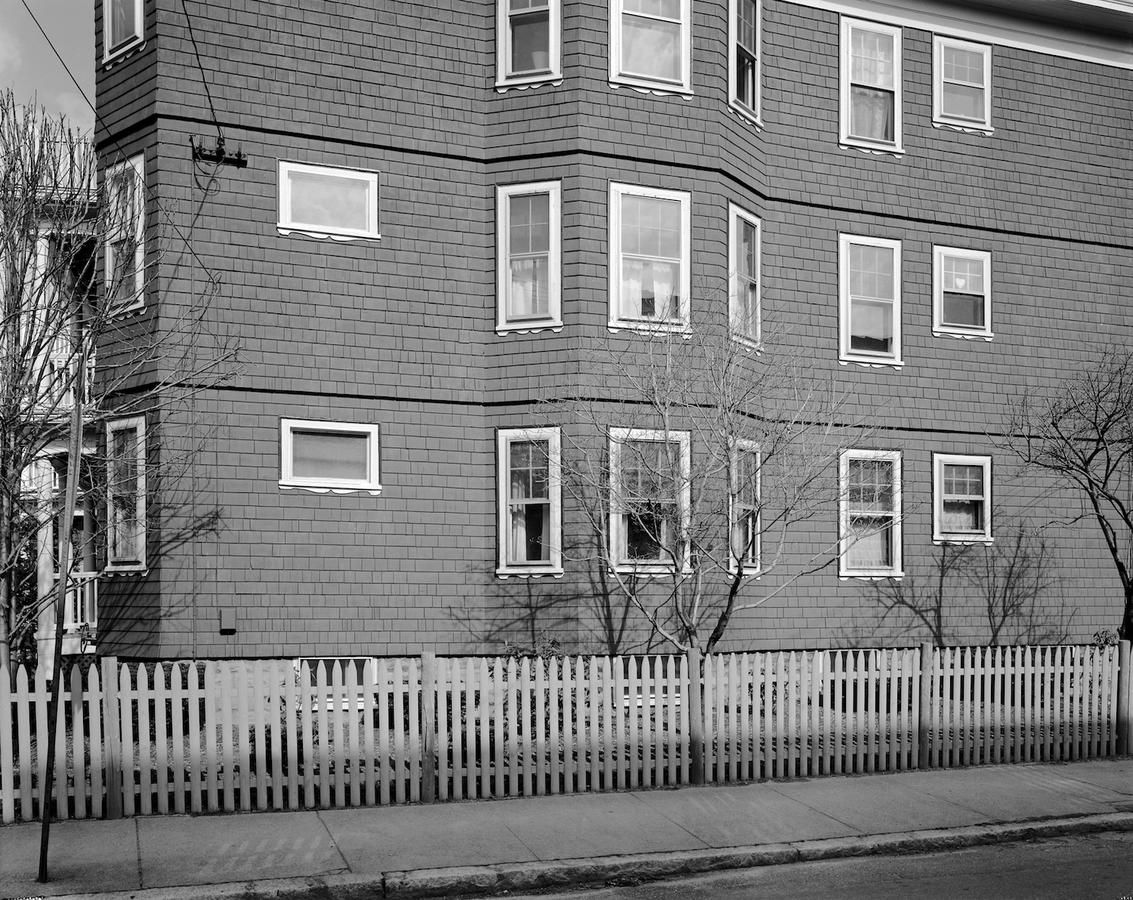 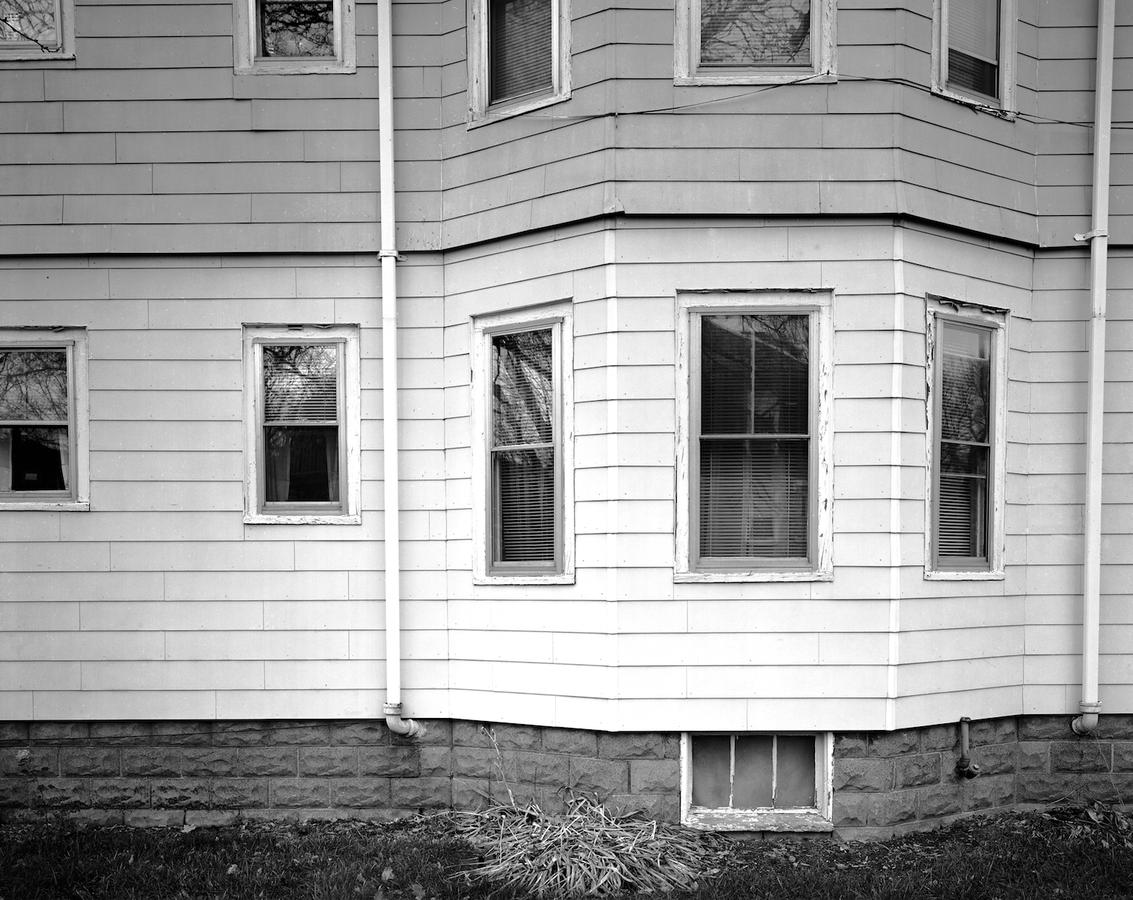 When I finished these I began to show them around but not many people got them. They were simply too quiet and too ordinary looking to pique much interest. In  those years I was showing a young curator from Harvard work every couple of years or so. Deborah Martin Kao is now the Head Curator of the Harvard Art Museums. But then she was simply the curator of Prints, Drawings and Photographs at Harvard's Fogg Museum. When I showed her the work she got them and, after careful consideration while looking at other series, decided to buy two of them. As I wanted a more complete representative selection of the series, I donated two prints from the series at the same time. 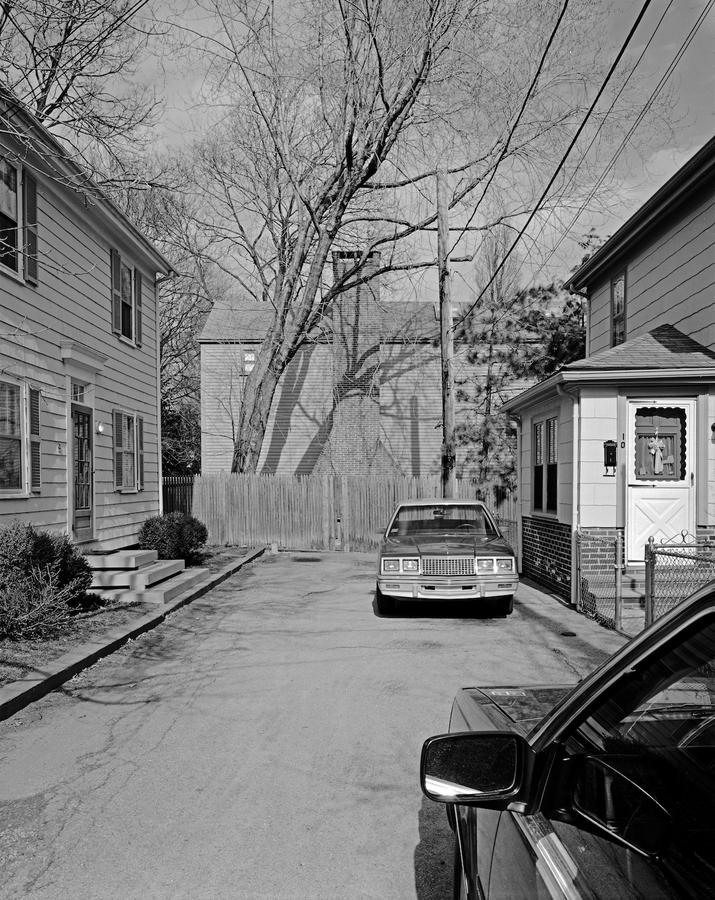 When the Fogg reopens this fall after a three year complete gut and remake renovation you should be able to see the prints the museum acquired. How do you do this? Call ahead and ask to see the 4 Rantoul prints from Cambridge in the permanent collection. And let me know what you think.